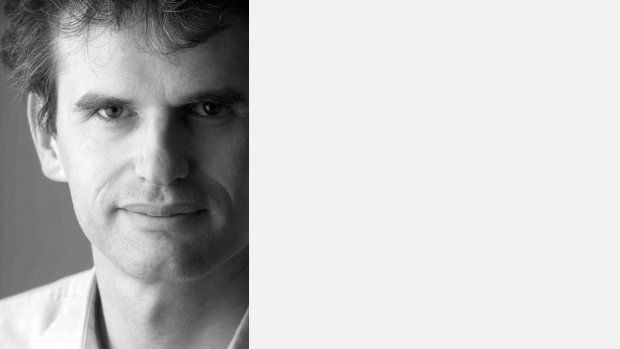 Ed Hughes (born Bristol, UK, 1968) studied at Cambridge University with Robin Holloway and Alexander Goehr, and at Southampton University with Michael Finnissy. His work has been described as ‘polyphonic, clear and unique’ (Richard Casey, pianist).

Commissions include City of London Festival (an opera to a libretto by Glyn Maxwell, The Birds, for The Opera Group), Brighton Festival, I Fagiolini, Glyndebourne, Tacet Ensemble and London Sinfonietta.

Auditorium (2007) for Glyndebourne and Photoworks, an orchestral and electronics score arising from a collaboration with visual artist Sophy Rickett, was performed live at Glyndebourne in November 2007, and continues to tour internationally.

Compositions for the New Music Players, the ensemble he founded and directs, include Chamber Concerto (2010) at Kings Place London (Out Hear series).

He has written several ensemble scores for iconic silent films of the early twentieth century including Ivens’s Regen, Eisenstein’s Battleship Potemkin and Strike (Tartan Video 2007) and a series of scores for the BFI’s Ozu Collection.

He has been shortlisted twice for the British Composer Awards (categories New Media 2005; and Sonic Art 2008).

His choral work, A Buried Flame (2010), was commissioned by the Bath Camerata for Wells Cathedral with the support of PRS Foundation. It was selected for performance at the 2012 ISCM World Music Days in Antwerp by Aquarius Chamber Choir.

A CD, Dark Formations, was released in 2012 in the USA on the Metier label.

When The Flame Dies, a chamber opera, was given its concert premiere at the 2012 Canterbury Festival by Sounds New, and will also be released on CD/DVD by Metier.

His music is published by University of York Music Press.

He is a Senior Lecturer in Music at the University of Sussex. 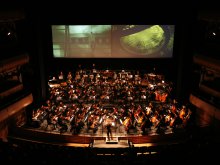