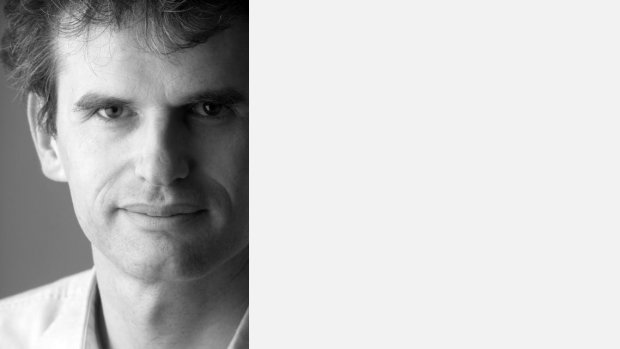 Ed Hughes (born Bristol 1968) studied at Cambridge University with Robin Holloway and Alexander Goehr, and at Southampton University with Michael Finnissy. His work has been described as ‘polyphonic, clear and unique’ (Richard Casey, pianist).Commissions include City of London Festival (an opera to a libretto by Glyn Maxwell, The Birds, for The Opera Group), Brighton Festival, I Fagiolini, Glyndebourne, Tacet Ensemble and London Sinfonietta.Performances include City of London Festival, Buxton Opera House, Queen Elizabeth Hall, Linbury Studio Theatre, Jerusalem Music Centre, Salamanca Festival, Sydney Festival and a number of BBC Radio 3 live broadcasts.Auditorium (2007) for Glyndebourne and Photoworks, an orchestral and electronics score arising from a collaboration with visual artist Sophy Rickett, was performed live at Glyndebourne in November 2007, and continues to tour internationally.Compositions for the New Music Players, the ensemble he founded and directs, include Chamber Concerto (2010) at Kings Place London (Out Hear series).He has written several ensemble scores for iconic silent films of the early twentieth century including Ivens’s Regen, Eisenstein’s Battleship Potemkin and Strike (Tartan Video 2007) and a series of scores for the BFI’s Ozu Collection.He has been shortlisted twice for the British Composer Awards (categories New Media 2005; and Sonic Art 2008).His choral work, A Buried Flame (2010), was commissioned by the Bath Camerata for Wells Cathedral with the support of PRS Foundation. It was selected for performance at the 2012 ISCM World Music Days in Antwerp by Aquarius Chamber Choir.A CD, Dark Formations, was released in 2012 in the USA on the Metier label.When The Flame Dies, a chamber opera, was given its concert premiere at the 2012 Canterbury Festival by Sounds New, and will also be released on CD/DVD by Metier.His music is published by University of York Music Press.He is a Senior Lecturer in Music at the University of Sussex.Reviews:
Ed Hughes has been a diverting presence since the BBC broadcast of his orchestral piece Crimson Flames marked him out as a name to watch some two decades ago. Since then he has assembled a sizeable as well as diverse body of work across the broad range of genres, one which reveals a notable awareness of the evolution of Western music not just over the last century but also over what might be termed the ‘humanist’ tradition stretching back to the Renaissance.Richard Whitehouse, International Record Review 1 January 2013 on Dark Formations CD [Metier msv28530]"This is modern music for listeners 'with two ears' who enjoy contrapuntal music from Purcell to Bach to late Beethoven. Ed Hughes (b. 1968) is a contemporary British contrapuntalist of unique originality and instrumental flair...it is all given with consummate security and audibility, with rhythms "simultaneously complex and simple, distinctive, original and yet approachable" [Richard Casey]...I find the ensemble music irresistible."Peter Grahame Woolf, Musical Pointers 17 July 2012 on Dark Formations CD"In Quartet, the use of the materials was so clear and simple - and made so fascinating by the rhythmic and of course modal diversions...I was very struck by the economy of the work, and its fascinating complexity - a delightful piece that should be played often. In the darkness and poetics of Dark Formations...I was drawn to the timbres, the ambiguities of the bass clarinet and piano writing; I was very impressed by the approach - a powerful meditation."Jonathan Harvey, composer, 1 August 2012 on Quartet and 'Dark Formations'"Pure magic...A rip-roaring vital spectacle...a show of terrific vitality and verve"Independent 1 July 2005 on The Birds"truly emotional...an atmosphere of deeper resonances"Robert Thicknesse, The Times 1 July 2005 on The Birds"A fine example of the hidden gems the Brighton Festival can produce"Brighton Evening Argus 12 May 2004 on Memory of Colour