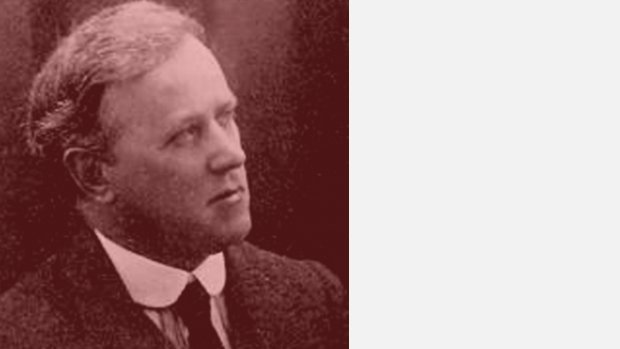 Born 15 March 1873 at Ystalyfera, Glamorganshire, son of Jenkin Thomas. He took the name Vaughan in 1911 when he became a member of the Gorsedd of Bards in Carmarthen eisteddfod. He died at Johannesburg, South Africa, 15 September 1934.

His chief works include ‘Llyn y Fan,’ first performed at the national eisteddfod of Wales at Swansea in 1907, and again at Wrexham in 1912; ‘A Song for St. Cecilia's Day’ (Queen's Hall, London, 1909); and ‘The Bard’ (Queen's Hall, London, 1912). He wrote a large number of anthems, songs, and part songs, for both Welsh and English lyrics, and left a considerable body of instrumental work, most of which is still unpublished.

As a composer Vaughan Thomas is best remembered for the originality and scholarship which he brought to his settings of Welsh poetry, especially in his ‘Saith o Ganeuon.’ Less well known, but equally notable for their lyrical beauty, are his songs on English words by George Meredith. Vaughan Thomas was a pioneer in the movement to lead Welsh music forward from a limited choralism to a more sensitive practice and appreciation of other musical forms. In his lectures and recitals, and in his programme planning for the national eisteddfod, he gave a vigorous lead towards new standards.

The work of Vaughan Thomas is pervaded by an imaginative enthusiasm for the characteristic qualities of a national culture and their distinctive expression in music.

[Biography from the Dictionary of Welsh Biography]