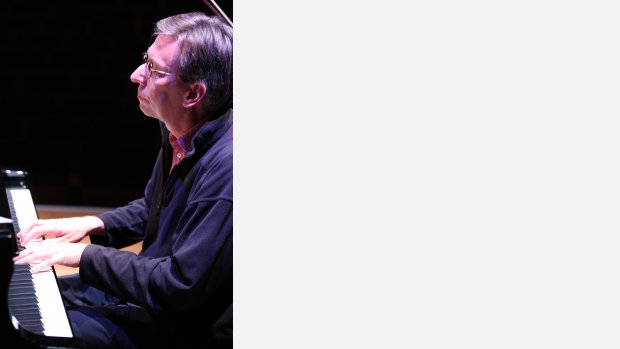 Douglas Finch is a Canadian pianist and composer, known for his innovative and imaginative approach to performance, and for helping to revive the lost art of classical improvisation in concert.

He was born in Winnipeg, and had his initial musical training with his mother and later Winnifred Sim and Jean Broadfoot. He continued at the University of Western Ontario with William Aide and then at Juilliard, NY, with Beveridge Webster. After winning a Silver Medal at the Queen Elisabeth International Competition in Brussels in 1978, he began to perform extensively throughout Canada, as well as devoting much of his time to composition, with a number of his works being broadcast on CBC Radio. He settled in London, UK, in 1993 and soon afterwards co-founded The Continuum Ensemble with conductor Philip Headlam, premiering over 40 new works and recording for Avie and NMC. He has been artistic director of several acclaimed events in London, including 'In the MOMENT', a festival of dance and music at Trinity Laban Conservatoire of Music and Dance in 2009, that featured over 350 performers.

As a composer, he has written works for piano, chamber ensemble, orchestra and theatre as well as the soundtracks for five feature-length films by British director Jon Sanders, one of which - Late September (2009) - features him as a pianist/character in the film. In June 2016, the first CD of his works, 'Inner Landscapes: Douglas Finch - Piano and Chamber Music 1984-2013' was launched.

Douglas Finch is Professor of Piano and Composition at Trinity Laban, and a regular guest teacher at Chetham’s School of Music as well as Chetham’s International Piano Summer School in Manchester.