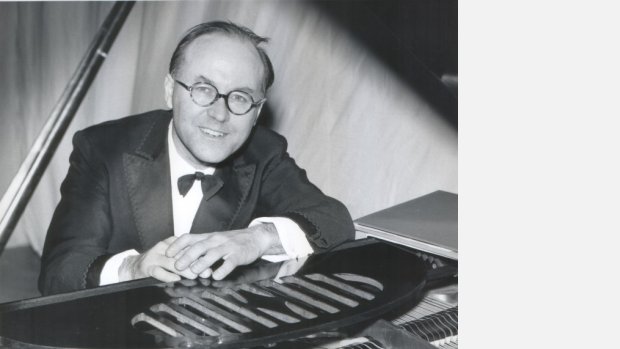 Born into a Russian refugee family of amateur musicians in 1923, he remained largely self-taught in spite of being an external student at the RCM while still at Westminster School. He studied languages at Oxford where he resumed a schoolboy friendship with Michael Flanders (1922–75). From 1948 to 1956 they contributed topical point numbers, such as Design for Living and Guide to Britten, to intimate revue in London. Flanders and Swann opened their first two-man show, At the Drop of a Hat, in 1956. For 11 years they delighted West End and Broadway audiences with their genial, literate and witty satire, peppered with musical jokes. Their songs celebrated the vagaries of the British way of life, and portrayed a whole bestiary, including The Gnu and The Hippopotamus. Their second show, At the Drop of Another Hat, closed on Broadway in 1967, after which they collaborated occasionally until Flanders’s death.

Swann was a prolific composer with a gift for instantly memorable melody and a remarkable facility for assimilating diverse musical styles. The presence of Rachmaninoff and the Russian folksongs of his childhood pervade his work. During the war he served in Greece, where the native music with its elastic rhythms and throbbing bouzouki accompaniment had a profound and liberating effect on his output. He has written a body of religious music, especially for schools, and composed several musicals, operas, cantatas and substantial song cycles. He was the nephew of the American musicologist Alfred J(ulius) Swan (1890–1970), and his writings include an autobiography, Swann’s Way: a Life in Song (London, 1991, 3/1997).