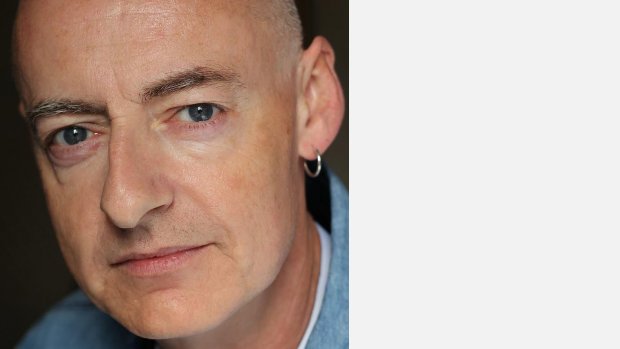 Dominic Glynn’s latest on-screen work is the original score to Anthony Baxter’s widely acclaimed new film, “A Dangerous Game”, but his career began back in 1986 when he became one of the few people to arrange the theme tune to the classic TV series “Doctor Who”. He reworked the famous theme that accompanied Colin Baker's Doctor, and composed incidental music for the series throughout the late 1980s. As one of Britain’s most prolific composers of production music, his work can also be heard in hundreds of films and TV productions worldwide, as diverse as "The Simpsons", "Red Dwarf" and "Dead Like Me" and in movies such as Eddie Murphy/Jeff Goldblum comedy "Holy Man” and the award-winning “You’ve Been Trumped”. More recently his music features in the official trailer for the latest Brendan Gleeson/Chris O’Dowd film “Calvary”.

In the 1990s, with a love of underground electronic dance music he formed Syzygy with Justin Mackay, releasing records with the dance offshoot of Creation Records - famous for leading the Brit Indie scene, and also with Rising High Records - a label that was firmly at the forefront of UK techno. He went on to form his own No Bones Records, and later became a regular DJ for The Big Chill festival.

Dominic has scored music for the videogames “Forsaken” and “ReVolt”, and live work has included a performance at London's Royal Festival Hall with pedal-steel legend BJ Cole, and the electronica/jazz hybrid project “Cybajaz." His collaborations with video artist collective D-Fuse have resulted in performances in the UK, Germany and Switzerland, together with regular screenings as part of the One Dot Zero digital arts showcases.

Recent work has included the short film “Geoffrey’s Belt” starring Tracy Ann Oberman, the score to the Brit-crime-thriller "Bad Day" and a series of supernatural shorts produced by horror legend David McGillivray - all screened at London's Frightfest film festival. His soundtrack music to the radio revival of the famous "Blake's 7" sci-fi series has been broadcast on BBC 4 Extra. Other recent broadcast work includes the theme to C4's "Supersize Vs Superskinny Kids" and contributions to the hit BBC series “Episodes”.