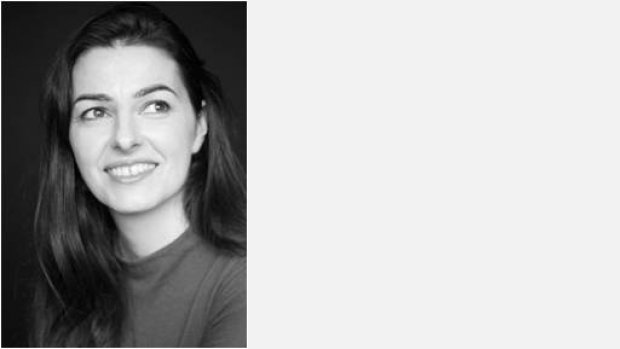 Dobrinka Tabakova is a composer of ‘exciting, deeply moving’ music (Washington Times), with ‘glowing tonal harmonies and grand, sweeping gestures [which] convey a huge emotional depth’ (The Strad). She has been commissioned by the Royal Philharmonic Society, BBC Radio 3 and the European Broadcasting Union. Her debut profile album String Paths, on ECM Records, was nominated for a Grammy in 2014. In 2017 she was appointed composer-in-residence with the BBC Concert Orchestra.

Among prizes for her work are the Jean-Frédéric Perrenoud prize and medal at the 4th Vienna International Music Competition; the prize for an anthem for the Queen’s Golden Jubilee, performed at St Paul’s Cathedral, the GSMD Lutoslawski Composition Prize and the Adam Prize of King’s College London. Her Fantasy Homage to Schubert, nominated by the Bulgarian National Radio, was selected at the 2014 International Rostrum of Composers in Helsinki. In 2011 she was awarded first prize and the Sorel Medallion in Choral Composition, New York.

Recent projects include Immortal Shakespeare- a cantata for the Shakespeare 400 anniversary in 2016, The High Line for orchestra inspired by New York’s park in the sky and the UK New Music Biennial film collaboration PULSE. Forthcoming highlights include a long-term residency with Truro Cathedral, making her the first female composer to be commissioned by the cathedral and a residency with the Leipzig MDR Orchestra for the 2017/18 season. Her orchestral work Orpheus’ Comet recently open the 50th anniversary celebrations of the Music Exchanges of Euroradio in November 2017. The current season also includes the premiere of Together Remember to Dance- a concerto for two pianos, percussion and strings, jointly commissioned by Amsterdam Sinfonietta, Orchestre de Picardie, Istanbul Music Festival, BBC Concert Orchestra and Norwegian Chamber Orchestra.

Dobrinka Tabakova was born in the historic town of Plovdiv, Bulgaria in 1980 and for over 25 years has lived in London. She graduated from the Guildhall School of Music & Drama and holds a PhD in composition from King’s College London.