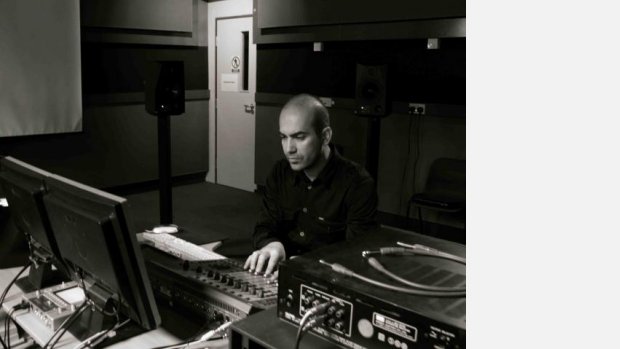 Born in Katerini in 1975, Dimitris Bakas studied composition with Theodore Antoniou. In 2004 he moved to London for further studies in composition at Goldsmiths, University of London, where he was awarded an MMus and recently submitted his PhD, under the supervision of Roger Redgate. His music has been performed in the UK, Greece and USA and he has successfully participated in competitions worldwide.Several of Dimitris’ works have been awarded in Composition Competitions such as: Towards…I, 3rd prize in National Composition Competition Papaioanou 2009, Greece; Spectral Illusions, Prize in National Composition Competition Synthermia 2007, Greece; and Music for Solo Flute, International League of Artists 2005, Tokyo (Japan), finalist. His commissioned works include: Towards… III (2007), for ALEA III, Boston University ensemble-in-residence, and Towards… VI (2009), Greek Composers Union, while his music has been performed in workshops and concerts in Athens, Thessalonica, Patras (European Capital of Culture, 2007), London and Boston. He is currently co-organising Migrant Sound, a concert event in collaboration with Ensemble Exposé.Dimitris Bakas has frequently collaborated with other artists in works for various media, such as, music for Apostolos Gaitanos’ documentaries The Valley of Eordea (broadcast on Al Jazeera TV in December 2008) and Citizen Journalism, (3rd prize, Broadcast Journalism Training Council (BJTC), category: Current Affairs Feature, March 2009, Great Britain); sound installation …in between…, in collaboration with Xinyi Liu (176 Gallery London, January 2009); the music for The Well, a film co-directed with Eleni Boufeti, Greece (2009); and music for an educational CD Rom, The Costakis Collection, in collaboration with Nikos Karatzoulis and the State Museum of Contemporary Art, Thessaloniki 2007, Greece.
Take a look at Dimitris' website for more information.