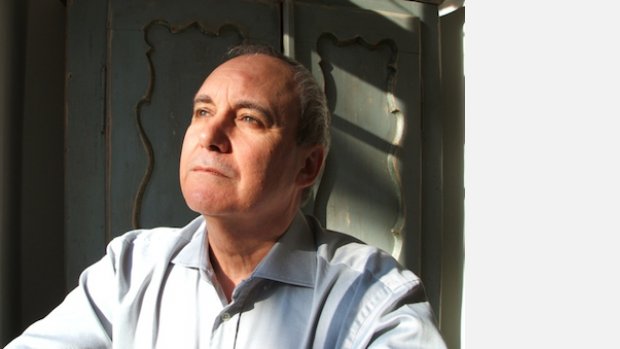 Denis Smalley studied music at the University of Canterbury (New Zealand) — Diploma in organ performance, and MusB — and the Victoria University of Wellington (New Zealand) — BMus honours in composition. He then taught music at Wellington College for three years prior to gaining a French Government bursary which enabled him to study in Paris (France) in 1971. He spent a year in Olivier Messiaen’s composition class at the Conservatoire de Paris (France), and at the same time took the electroacoustic music course run by the Groupe de recherches musicales (Ina-GRM). He was among the first composers to complete the newly established “Diplôme de musique électroacoustique et de recherche musicale.” He then moved to the UK, where he completed the DPhil in composition at the University of York. In 1975 he took up a Composition Fellowship at the University of East Anglia (Norwich, UK) and was appointed Lecturer in 1976 (Senior Lecturer from 1988), with special responsibility for electroacoustic composition activities and courses. In 1994 he was appointed Professor of Music and Head of the Department of Music at City University (London, UK).

He has taken a keen interest in the performance of electroacoustic music, and pioneered the concept of sound diffusion in the UK, developing the first sound diffusion system from 1976 at the University of East Anglia (Norwich, UK). For ten years from 1976 he was very active in promoting electroacoustic music in a number of concert tours for the Arts Council Contemporary Music Network, working with such composers as Sarah Walker (voice), John Tilbury (piano), Singcircle (with Trevor Wishart), John Wallace (trumpet; with Tim Souster). He has been responsible for the sound production for some key electroacoustic events, such as the Electric Weekend on the South Bank in London in 1987, and the BBC Promenade concert celebrating the 10th anniversary of the founding of the Electroacoustic Music Association of Great Britain — now Sonic Arts Network (SAN).

Denis Smalley is also notable as a writer on the aesthetics of electroacoustic music. In particular, he has developed the notion of “spectromorphology” (the shaping of sound spectra through time), expanding concepts initially articulated by Pierre Schaeffer in order to explain sonic relationships in their musical context. The most widely read article — Spectromorphology: Explaining Sound-Shapes — has been published in English, French and Italian. With Lelio Camilleri he conceived and edited the first publication in English devoted of the analysis of electroacoustic music. With Simon Emmerson he has been responsible for the entry on Electroacoustic Music in the new edition of the New Grove Dictionary of Music and Musicians.