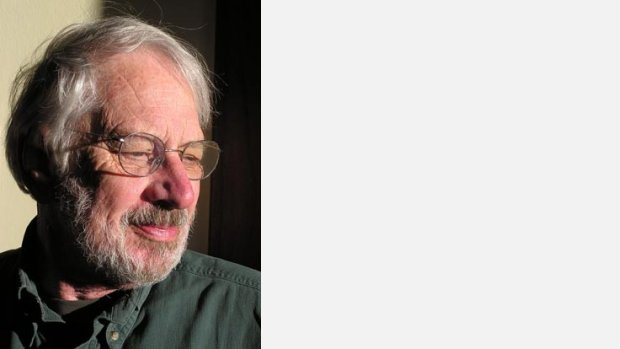 David Lumsdaine (1931-) is an Australian composer.

David Lumsdaine studied at the New South Wales Conservatorium of Music before moving to England in 1952. He attended the Royal Academy of Music in London studying composition and has since lectured at Durham University, where he founded and directed the Electronic Music Studio, and Kings College London.

In the 1960s he was immersed in English contemporary musical life and established his career with such works as Kelly Ground, Flights, and Mandalas 1 and 2.

During his time in London he became friends with the poet Peter Porter and, as well as sharing a flat, they collaborated on many works including Temptations in the Wilderness, Story from a time of Disturbance and Annotations of Auschwitz.

He worked tirelessly throughout the 1950s and 60s, composing many works which he later destroyed as he said he saw little point to releasing work that sounded like anyone else.

The 1970s were productive years: Ruhe sanfte, sanfte ruh’ for solo piano (and its metamorphosis in the chamber work Mandala 3: Salvation Creek); Sunflower (also for chamber orchestra) and Hagoromo (for the BBC Proms) are all remarkable works from this decade.

He spends his time between England and Australia, having returned there in 1973. He composes strikingly original music that embodies all that is important to him in the Australian landscape – its shapes and rhythms, its creatures, its sudden violence, its sense of unlimited space. His passion for the natural world is embodied in a developing passion for field recording – his archive of over three thousand recordings is held in the British Library’s National Sound Archive, much of which can be accessed online.

David Lumsdaine was a committed activist in the peace movement. His tireless involvement with the early groups working for nuclear disarmament ended on more than one occasion in arrest and imprisonment.