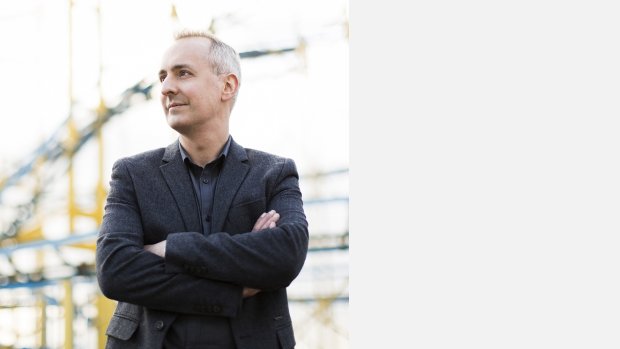 David Gorton is a composer based in London. A winner of the Royal Philharmonic Society Composition Prize, his large-scale works include The Fall of Babel for the BBC Symphony Orchestra, Oblique Prayers for Claire Booth and the London Sinfonietta, and Schmetterlingsspiel for Christopher Redgate and Ensemble Exposé. Since 2010 three portrait albums have been released of his music on the Métier and Toccata Classics labels. Trajectories (Métier, 2010) emerged from a series of residencies at the Tate Gallery in St Ives and includes String Quartet: Trajectories, commissioned for the Kreutzer Quartet to be performed in the sea-facing gallery space. Orfordness (Métier, 2014) explores ideas of landscape and memory, taking its name from a solo piano piece written for Zubin Kanga that draws on programmatic references to the abandoned military base on Orford Ness. This preoccupation with East Anglian landscapes is continued in other works, including a collaboration with photographer Claire Shovelton resulting in Burgh Castle, written for CHROMA and pianist Roderick Chadwick at the Huddersfield Festival. Variations on John Dowland (Toccata Classics, 2017) represents another compositional preoccupation, that of late sixteenth- and seventeenth-century music. The disc contains two works based on original material by John Dowland: Lachrymae Variations for the string orchestra Longbow, and Forlorn Hope for guitarist Stefan Östersjö. Further exploration of this compositional interest includes Concerto su temi Torelli for recorder player Olwen Foulkes and violinist Peter Sheppard Skærved. David Gorton was a student at Durham University, King’s College London, and the Royal Academy of Music, studying composition with Harrison Birtwistle and Simon Bainbridge. He has taught at the Royal Academy of Music since 2006, where he is a Professor of the University of London. His music is published by Verlag Neue Musik, Berlin.