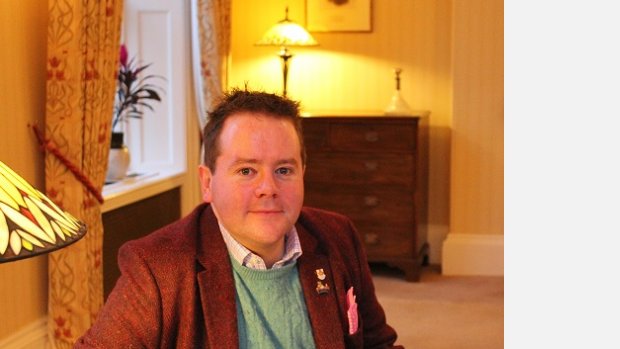 David Bednall is one of the leading choral composers of his generation. He studied for a PhD in Composition with Professor John Pickard at the University of Bristol, and with Dr Naji Hakim and David Briggs.

He was Assistant Organist at Wells Cathedral, and is now a Teaching Fellow and Organist of The University of Bristol, Sub Organist at Bristol Cathedral and Director of The University Singers. David Bednall has been Organ Scholar at The Queen's College, Oxford and at Gloucester Cathedral where he also served as Acting Director of Music and Acting Assistant Organist and where he was closely involved with the Three Choirs Festival.

He won prizes in Improvisation and Performance at the examination for Fellow of The Royal College of Organists and has given recitals at La Trinité and Notre-Dame, Paris, and many English Cathedrals. David has performed all the major works of Messiaen, and has improvised on live radio and in concert. He has also appeared as stunt-organist on BBC TV's Dr Who, and as a guest on Radio 3's The Choir with Aled Jones for a programme on organist composers. His debut solo recording and his CD of improvisations with Malcolm Archer have received excellent reviews.

David is active as a composer and his work is regularly broadcast on BBC Radio 3 and 4. The first CD of his choral music, Hail, gladdening light, was recorded by Wells Cathedral Choir under Matthew Owens and was Gramophone's Editor's Choice. Other early work included Missa Sancti Pauli, commissioned by St Paul's Cathedral for the London Festival of Contemporary Church Music, and commissions for the 'new music wells 68–08' festival. In November 2008 his Requiem was premiered in St James's Church, Spanish Place, London with St Mary's School, Calne, Edward Whiting (director) and Philip Dukes (viola), and was given its US Premiere in St Mary the Virgin, Times Square, New York. The Regent Records release of the work was critically acclaimed. Regent Records also released the very well-received Flame Celestial, a recording by Wells Cathedral Choir of David's choral music.

His largest work to date, Welcome All Wonders – A Christmas Cantata, commissioned by The Queen's College, Oxford, was premiered by them in November 2011; they have released this work on Signum to superb international critical acclaim. His 40-part motet Lux orta est iusto closed the 2015 Bristol Proms, and he was commissioned by the Finzi Trust to write a Gloria and Nunc dimittis to pair with Finzi’s setting of the Magnificat for the Three Choirs Festival 2016.

Stabat Mater was premiered in New York in 2015 and the recording—with Jennifer Pike (violin) and the Chapel Choir of Benenden School under Edward Whiting—was an Editor's Choice in the 2016 Awards Edition of Gramophone. 2017 projects have included a BBC Commission for James Gilchrist, Philip Dukes, and Anna Tilbrook which was premiered in Hull, City of Culture, in July 2017.