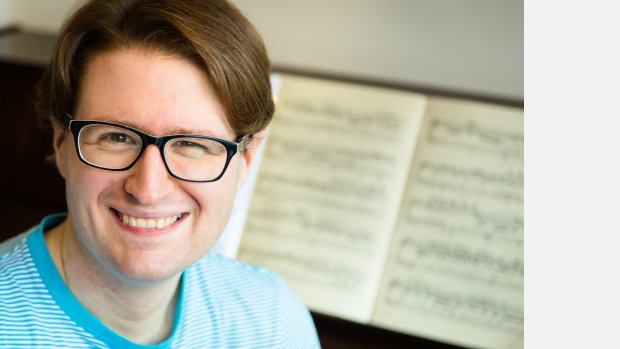 David was born in Winchester in 1983, founding David Barton Music in 2001. He combines a busy portfolio of private teaching, accompanying and composing both from his base in Lichfield, and across the UK.

At school, David won prizes for music and drama and was an integral part of his school’s musical activities and productions, including being musical director for Cinderella and Bugsy Malone. In 1998, David played 2nd flute in Malcolm Arnold’s Little Suite No. 2 under Sir Simon Rattle as part of the World’s Largest Orchestra at the National Indoor Arena in Birmingham.

David graduated with a BA (Hons) Open Degree in 2008 and a MEd in 2010, both with The Open University. He also holds a DipABRSM in Piano Teaching and a CertGSMD(T) in Flute Teaching. He was also one of the first students to graduate on the Royal School of Church Music’s DipRSCM in Sacred Music Studies course. In addition, he holds the LLCM and ALCM diplomas from the London College of Music and is currently reading for PhD in Music Education at the Royal College of Music, London.