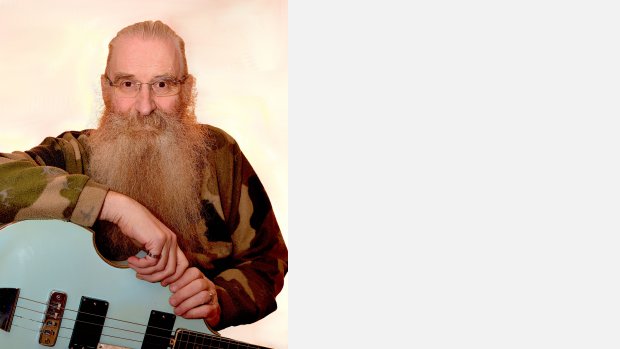 Daryl Runswick’s 70th Birthday Concert at Cadogan Hall in London saw the culmination of a lifetime’s achievement in many fields: arranging (The Beatles Connexion) composing and conducting (the world premiere of Concerto for Piano and Nine Instruments) performing (his One Man Show) and his association with major international artists (Dame Cleo Laine, The King’s Singers).

Runswick (b. 1946) jokes that he was educated at Cambridge University and Ronnie Scott’s Club. He spent his early career writing and performing jazz and pop; more recently concert pieces. He has also been involved with free improvisation and indeterminate music, one of the few (to quote John Wickes) who can claim to have worked with both Ornette Coleman and John Cage. This duality has permeated his career as an improvising pianist, singer with Electric Phoenix, bassplayer, arranger, record producer, broadcaster, educator, community animateur and film/TV composer. Head of Composition at Trinity College of Music in London for 10 years before retiring, he has searched for a synthesis of the improvising skills of jazz with the more complex structures of concert music.

Runswick began his musical life as a Cambridge chorister but quickly moved sideways into the jazz and pop world. He played bass with many international stars as well as running his own jazz groups and touring the world with John Dankworth and Cleo Laine throughout the 1970s. He has worked as a solo improvising pianist, a singer with the pioneering vocal group Electric Phoenix, a double bass player with the London Sinfonietta, a session musician, an arranger (especially for The King's Singers) a record producer (most recently for Keith Tippett) and has conducted his own film and TV scores; not to mention stints as a broadcaster and lecturer, and his involvement for many years in community music, leading week-long music-theatre summer schools with disabled people.