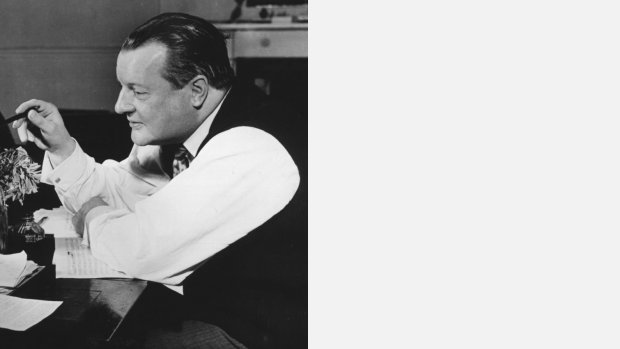 Constant Lambert was born in London in 1905, and died there in 1951. The son of a Russian and Australian, he led a dynamic, if brief, life. His musical talents showed early, winning him a scholarship to the Royal College of Music in 1922 where he studied with Vaughan Williams and R O Morris. In 1928 he became the first English composer to write a piece for the Ballet Russes, Romeo and Juliet, and this along with other early works, such as the Eight Poems of Li-Po, established him as one of the leading younger English composers.

Much of his work was increasingly influenced by jazz, especially the music of Duke Ellington and two London revues, Dovers Street to Dixie and Blackbirds. When Florence Mills, the star of these two shows, died, Lambert wrote his tribute Elegiac Blues (1927), the first of his pieces to really be written in the jazz idiom. The Rio Grande followed in 1928, and was received with rapturous reviews, winning success for Lambert which firmly established him as one of the greats.

Aside from composition, Lambert was very much involved in the ballet world. He was the conductor of the Carmargo Society ballet; ballet and opera at Sadler’s Wells; the musical director of Vic-Wells ballet from its creation in 1931 until 1947; and then musical adviser for Sadler’s Wells ballet from 1948; and with the establishment of the BBC Third Programme in 1946 Lambert also became known as an orchestral conductor, leading over 50 broadcasts between its establishment and his death. Lambert was a brilliant writer, publishing many books and articles. His Music, Ho!, a critique of the musical world in the 1930s, is still considered to be an important and idiosyncratic commentary on music at that time.