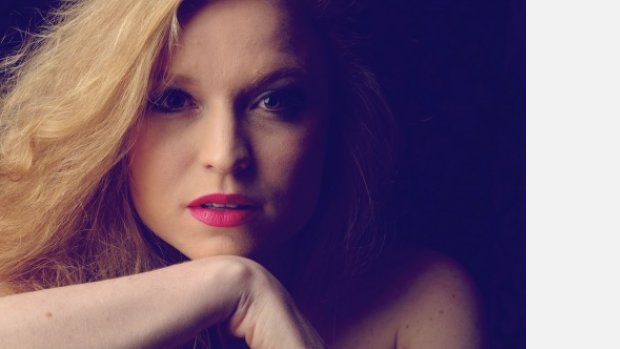 Through the dynamic fusion of opera, classical music and circus, Chloé Charody has created a style of music and a theatrical genre that is unique and has enjoyed wonderful reception by critics, the media and audiences worldwide. Several critics have stated that Chloé Charody’s work is paving a new path for classical music in the 21st century.

2011 was also the year that Charody composed the ballet opera ‘Magdalene’ which was commissioned by The Dutch National Ballet and premiered at the Muziektheatre in Amsterdam. Magdalene then went on to screen at the 2011 International Cindeans Festival in Amsterdam.

In 2014, Charody was commissioned by Dutch arts organisation ‘ODD Continent’ to write her second operatic musical ‘Morning Blossoms’ which toured The Netherlands in 2016 by The Netherlands Symphony Orchestra conducted by Tecwyn Evans featuring Celine Purcell & Alistair Shelton-Smith. The production was met with critical acclaim when it toured to some of the most prestigious theatres in Holland including the Haarlem Philharmonie and Theatre de Spiegel.

In 2012, Charody wrote the violin caprice ‘The Phoenix’ for Australian violinist Sonja Schebeck that was debuted by Sonja at The Muziekverin in Vienna. The work was then turned into a ballet by dancer/choreographer Remi Wortmeyer for The Dutch National Ballet in 2016. The work has also gone on to feature in Charody’s circus opera The Carnival and as the third movement in Charody’s concerto for violin, fire and orchestra (of the same title).

2012 also saw Charody launched her Circus Opera Academy in Sydney and in Berlin to train up a generation of opera singers in this niche medium of which Charody has pioneered. In that same year, Charody completed her third ballet opera ‘The Meadows’ and second circus opera ‘The Toybox’ for the students at her circus opera academy.

In 2013 Charody’s album ‘Homage’ was released by MGM and several tracks from that album have been released by ABC Classics including ‘Variations on an Epitaph’ which featured on ABC Classics’ album ‘Music For The Journey Home’.

In 2017 Charody’s dynamic work for string orchestra titled ‘The Muthaf*** premiered at Les Jardins Musicaux Festival in Switzerland on August 22 by the Vienna-based classical / circus fusion ensemble, ‘The Freestyle Orchestra’. Charody has since gone on to write her next concerto specifically for this orchestra featuring acrobatic violinist; Sonja Schebeck titled ‘Tale of The Firebird’. This work will premiere in Sydney in 2019 supported by The Australian Arts Council.

To this day, Charody’s output includes: 5 circus operas, 2 operatic musicals, 3 ballet operas, 2 works for string orchestra, 4 string quartets, one concerto for violin, fire and orchestra and one symphony. Chloé is currently based between Berlin & the UK and is signed to music publishers, Rolf Budde Musikverlag GmbH.

CHARODY: 'Wedded To The Sea' a symphonic poem | performed by The Netherlands Symphony Orchestra