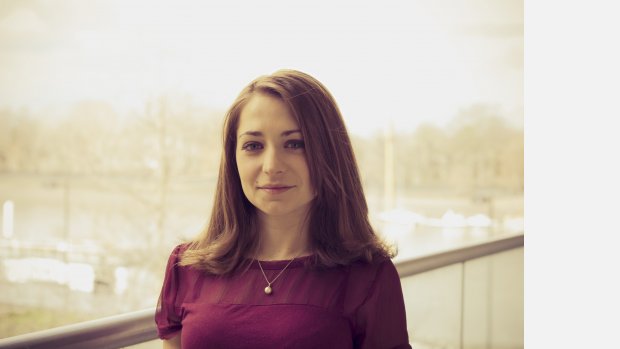 Charlotte Harding (b.1989) graduated from the Royal College of Music, London with a first class honours degree studying composition with Mark-Anthony Turnage and saxophone with Martin Robertson. On graduating Charlotte won the Cobbett and Hurleston Prize for Composition as well as the prestigious Queen Elizabeth, The Queen Mother Rosebowl, presented by HRH Prince Charles. She was also awarded the Theodore Holland Intercollegiate Composition Prize having been nominated to represent the RCM.

Charlotte enjoyed numerous premieres of works during her time at the RCM, a highlight being winning the RCM Concerto Competition with her orchestral work, 'Fuse', which was premiered by the RCM Sinfonietta in June 2012. She was also selected by the college to write a piece for their 'Rising Stars' series and her chamber work 'Ion' was subsequently premiered at Cadogan Hall. 'Bright Lights' was commissioned by Simon Channing (Head of Woodwind) and received two performances in 2010/12. Her work ‘What Once Was’ for the RCM Saxophone Ensemble (commissioned by Kyle Horch) was also subsequently performed by the Northwestern Saxophone Ensemble in Chicago. Charlotte was also asked to write 'Fleot Fanfares' for Prince Charles' visit to the RCM in March 2012. Other premieres at the RCM included 'Phono' written for RCM trombonist Ross Anderson, 'Fluro' (for five percussion set ups, trumpet, soprano saxophone and bass), commissioned by David Hockings, Head of Percussion and premiered in the percussion department's showcase concert and 'No Stopping At Any Time' written for the Taylor Wessing Photographic Portrait Prize which was premiered at the National Portrait Gallery.

Other works include; ‘Elegy’, for the chamber group, ‘Flotilla’ which was premiered at St Martin-in-the-Fields and subsequently performed at The National Gallery and World Saxophone Congress. 'Kanic' (supported by Creative Scotland) was written in January 2012 for acclaimed saxophonist Richard Ingham and released on his latest album 'Notes From A Small Country'. Charlotte’s soprano saxophone concerto, ‘Voyage’, written in 2007, was published by Australia based Reed Music and launched at the British Saxophone Congress. It has been performed across the UK as well as performances in Australia, Germany and France. Other recent publications include a set of solo saxophone works entitled 'Chapters'. Charlotte was asked to write 'Links' for a massed saxophone ensemble of 95 players for the World Saxophone Congress Open Day, where she conducted the premier.

Charlotte was delighted to be asked to be the lead composer for 'Britten – An Exploration' at the RCM for which her string sextet 'Interlude' was written in collaboration with artist Jo Lewis from The National Gallery. Charlotte was recently selected to compose a piece for the Chelsea and Westminster Health Charity's, 'Rhapsody Project'. Her work, 'Route To Braziliera' was inspired by the artwork in Chelsea and Westminster hospital and will feature on the artwork trail audio guides.

As a saxophonist, Charlotte studied with Richard Ingham before studying with Martin Robertson at the RCM. She was invited to perform at the World Saxophone Congress Opening Gala Concert and performs regularly in jazz and chamber groups. She was awarded the 'Outstanding Soloist Award' at the National Concert Band Finals in Glasgow, 2006. She also performs and writes for her band 'Isla' who play a mixture of jazz/folk/pop. She has recently been involved with writing music for media with her work featuring on the Discovery Channel both in America and Europe.

Charlotte has been actively involved in numerous outreach projects with RCM Sparks as well as workshops with the BBC Symphony Orchestra and the Teenage Cancer Trust at the Albert Hall. Charlotte is an Associate Artist for the English National Ballet.

She is featured on Minute of Listening 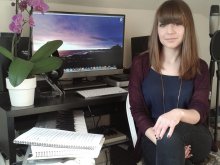