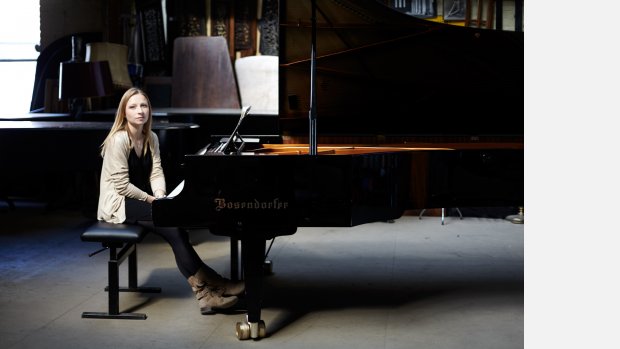 "an assured and independent artistic voice"
Fiona Maddocks, The Guardian

"brilliant ear for orchestration and her power to connect instantly with an audience"
Alexander Hall, Bachtrack

The composer Charlotte Bray has emerged as a distinctive and outstanding talent of her generation. Exhibiting uninhibited ambition and desire to communicate, her music is exhilarating, inherently vivid, and richly expressive with lyrical intensity. Charlotte studied under Mark Anthony Turnage at the Royal College of Music and previously under Joe Cutler at the Birmingham Conservatoire. She participated in the Britten-Pears Contemporary Composition Course with Oliver Knussen, Colin Matthews and Magnus Lindberg, and at the Tanglewood Music Centre with John Harbison, Michael Gandolfi, Shulamit Ran and Augusta Read-Thomas.

Premieres in 2017 include Voyage by The Nordic Saxophone Quartet (Torún, Poland); Charlotte’s second piano quartet Zustände, commissioned by The Schubert Ensemble (Straford-on-Avon); and Blaze and Fall, a Hommage to Kurtag, by the Jacquin Trio (London). Also, performances of At the Speed of Stillness by the Vancouver Symphony Orchestra in the ISCM World Music Days Festival; and Black Rainbow by the DalaSinfonietta and Wermland Opera Orchestra (Falun and Karlstad, Sweden).
Collaborating with the BBC Symphony Orchestra on two occasions in 2016, Stone Dancer premiered at Aldeburgh Festival under Oliver Knussen; and her cello concerto Falling in the Fire under Sakari Oramo with Guy Johnston in the BBC Proms. Exploring the work of the late Tim Hetherington, a renowned photo journalist, the latter is motivated by the composer's endeavour to comprehend war and its impact in our world today. Other recent highlights include: Bluer than Midnight (Winsor Music, Boston); Caught in Treetops (US premiere, Fast Forward Austin, Texas); chamber opera Entanglement, in collaboration with librettist Amy Rosenthal (Cheltenham and Presteigne Festivals, Nova Music Opera); and a stage work Out of the Ruins (Royal Opera House Covent Garden).

In recognition of achievements and growing reputation, Charlotte was selected as a MacDowell Colony Norton Stevens Fellow (2015-16). She was interviewed as part of BBC Radio 3’s Composers’ Room series 2015. Charlotte is an Honorary Member of Birmingham Conservatoire and was named as their Alumni of the Year 2014 in the field of Excellence in Sport or the Arts. She was winner of the Lili Boulanger Prize and a Critics’ Circle Award for Exceptional Young Talent (2014). Listed in The Evening Standard's Most Influential Londoners (2011). Charlotte was awarded the 2010 Royal Philharmonic Society Composition Prize and appointed as apprentice Composer-in-Residence with Birmingham Contemporary Music Group/Sound and Music (2009/10). She was the inaugural Composer-in-Residence with Oxford Lieder Festival (2011) and Hatfield House Chamber Music Festival (2015). Residencies include the MacDowell Colony in New Hampshire (2013 and 2015), the Liguria Study Centre in Bogliasco (2013), and Aldeburgh Music (2010 and 2015).

Aldeburgh World Orchestra - At the Speed of Stillness 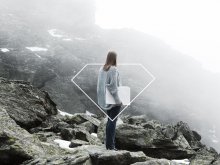 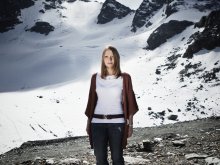