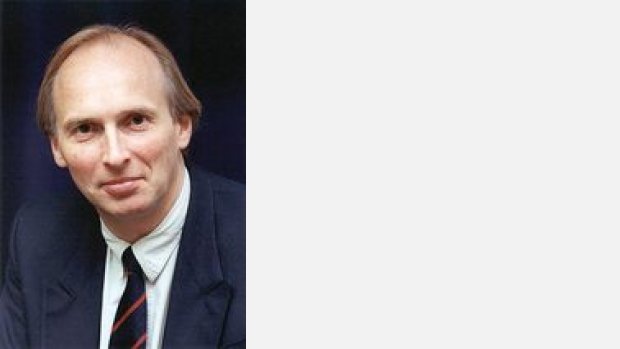 Professor Charles Bodman Rae is a composer, pianist, conductor and author.  As the seventh Sir Thomas Elder Professor of Music he holds the senior academic position at the Elder Conservatorium of Music, University of Adelaide. He currently serves as Head of Composition.

After private piano studies with Dame Fanny Waterman, he read Music at Cambridge (Sidney Sussex College).  Concurrent with his undergraduate studies at Cambridge he studied composition in Oxford. After conducting studies at Hilversum in Holland, and after completing postgraduate composition studies at Cambridge, he was appointed in 1979 to a permanent lecturership in Academic Studies at the then City of Leeds College of Music. After two years he resigned his Leeds appointment in order to accept a postgraduate composition scholarship from the Polish Government, enabling him to live and work in Warsaw from 1981 to 1983 attached, as a visiting composer, to the Chopin Academy of Music.

Returning to Leeds in 198,3 he was appointed to a permanent lecturership in Composition and Analysis, and then in 1992 to the senior management position of Head of School of Composition and Creative Studies.  In 1997 he moved from Leeds to Manchester to join the senior management of the Royal Northern College of Music as Director/Dean of Studies with a subsidiary role as Head of School of Academic Studies.

In parallel with his work for leading UK music academies he was for much of the 1990s a regular broadcaster (writer and presenter) for BBC Radio 3.  He made several radio documentaries on Lutoslawski and Penderecki, but his biggest project for the BBC was a ground-breaking 9-hour series of programmes (first broadcast in January/February 1990) on connections between Music and Bells.  This project represented a long-standing interest that had already been explored in several compositions beginning with Jede Irdische Venus, which had been premiered in Warsaw at the Chopin Academy of Music.

His professional debut took place in 1974, with the premiere of his first orchestral work, Primum Mobile.  The piece was selected for the finals of the Scottish Composers' Competition held in Aberdeen as part of the International Festival of Youth Orchestras.  The chairman of the jury was Aaron Copland, and the performance was broadcast on the BBC Radio 3 network from BBC Scotland.  His Australian debut, as both pianist and composer, was given during the 2002 Adelaide Festival of Arts.