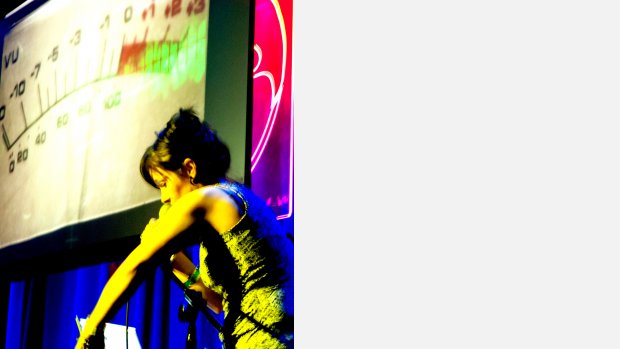 Caro C is an artist, engineer and facilitator in sound currently based in Manchester, UK. She is a composer, producer and performer of electronic music with acoustic instrumentations such as her voice, piano and a wonderful array of guest musicians. Caro is often accused of being experimental as references are not always obvious to spot, conventions are toyed with and she really does just create her own sound world due to a desire to communicate authentically.

Described as a "sonic enchantress" (Max Reinhardt, BBC Radio 3), Caro is particularly fond of using found sounds and non-musical objects to highlight the magic in the mundane and make for a textural and atmospheric musical palette. Examples of sounds featured in works includes ice cubes clinking in a glass, a hot pan sizzling under a cold water tap, footsteps in the snow and floorboard rhythmically creaking.

In May 2016, Caro self-released her third album "Everthing Gives to Something Else" which is an 8 track collection carrying the themes of compassion and inter-connection. Caro's work is therefore poetical and political.

Caro C performing at Delia Derbyshire Day at Band on the Wall, photo by Lina Chauveaux