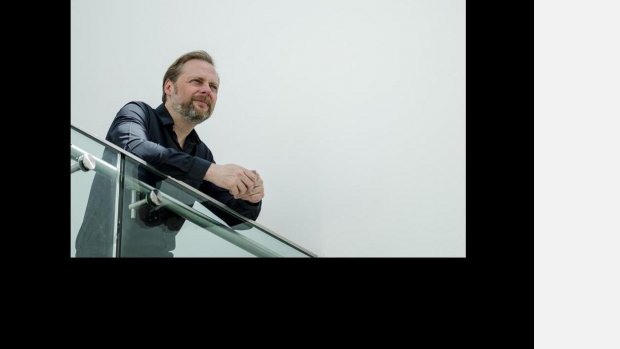 Bryn Harrison grew up in the Lancashire town of Bolton. After studying for a degree at the City of Leeds College of Music, Harrison turned his attention more seriously to experimental composition and went on to undertake a Master's degree with Gavin Bryars at De Montfort University, Leicester. Throughout his twenties and early thirties Harrison produced a steady output of solo and ensemble works and in the process developed an individual approach to dealing with time as a circular and repeating entity. His work came to the attention of several international ensembles such as Ensemble Recherche, Klangforum Wien, the London Sinfonietta, the London Symphony Orchestra, and Apartment House, with notable performances and radio broadcasts at international festivals both in the UK and abroad. More recently, Harrison has developed a close working relationship with ensemble Plus-Minus, the Norwegian group Asamisimasa, the internationally-acclaimed ensemble ELISION, and the vocal ensemble Exaudi. He has also worked closely with soloists such as Philip Thomas, Mark Knoop and Aisha Orazbayeva. Harrison is a Reader in Composition at the University of Huddersfield from where he was awarded a PhD by Publication in 2007. His recent output has seen the further development of recursive musical structures with a series of compositions of long duration such as the 45' ensemble works Repetitions in Extended Time (2008), Receiving the Approaching Memory (2011) and passing light (2014), and the 76' solo piano piece Vessels (2012/13).

"Much of my recent compositional output has been largely concerned with the exploration of musical time through the use of recursive musical forms which challenge our perceptions of time and space by viewing the same material from different angles and perspectives. Pieces such as four cycles (2004-6) for large ensemble and shifting light (2006) for orchestra make use of circular pitch structures to create a musical continuum that operates largely outside the confines of a more conventional goal-orientated approach to form and structure. More recent pieces such as repetitions in extended time (2008), Surface Forms (repeating) (2009) and Receiving the Approaching Memory (2011) attempt to take this idea a stage further by dealing directly with the opposition of static and mobile structures. Exploring high levels of repetition that draw on the pretext outlined by Hulme that exact repetition changes nothing in the object itself but does change something in the mind that contemplates it, these works deal explicitly with aspects of duration and memory through which near and exact repetition operate in close proximity throughout and provide points of orientation and disorientation for the listener." Bryn Harrison (2015)

'....Bryn Harrison's 'the ground' for ensemble was the most notable debut; a tapestry of swoops and slides that owed a passing debt to Feldman.'