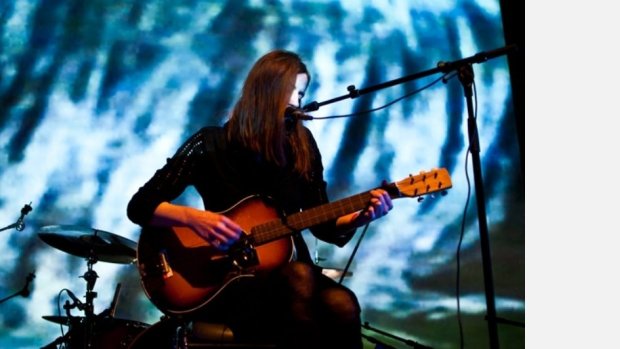 Bridget Hayden spent her early life absorbing the sound of her mother singing melancholic folk and blues songs on a Spanish guitar. This three chord initiation, along with a handful of piano lessons, were the skills she brought to Leeds in the late 1990's, where she stumbled upon experimental noise drone band Vibracathedral Orchestra. Joining forces with them in 1999, the collaboration was to last some 15 years, forming the best known line up, famed for their chaotic, trance inducing, improvised jams.

The solo projects that have run alongside this and other collaborations (with Melanie Delaney,  Phil Todd, Marcia Bassett, Uton, Sunburned Hand of the Man,  The Telescopes, Bong, Folklore Tapes, Claire Potter, Ignatz ) have developed a hy-brid of these disparate origins: Lo-fi blues meditations ranging from the skeletal and melodic to the unhinged and relentless. Her improvised compositional style culminated last autumn with the release of “Pure Touch Only From Now On, They Said So”,  which was described by Norman Records as “as pure a distillation of the human spirit into sound as you’re ever likely to hear.”

You can listen to her solo releases on bandcamp: https://bridgethayden.bandcamp.com/ or soundcloud: https://soundcloud.com/florasninos and keep up to date with news (including a soon to be released cassette of folk covers for “Synchronise Witches”) at www.notwavingordrowning.co.uk