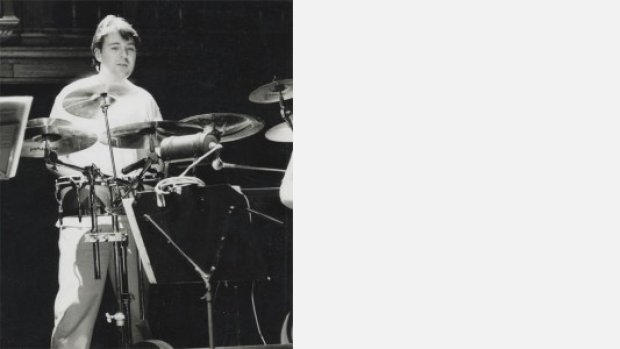 Brian Wilshere was born in Derby. His earliest musical experiences were as a drummer in a marching band, and his formal musical training began at the age of 16. He subsequently studied music at Surrey University, where his percussion teacher was James Blades. He also studied composition with Reginald Smith Brindle and drums with former Yes and King Crimson drummer Bill Bruford.

Since graduating, he has pursued a career as a composer, performer and teacher, first in the West Country and then in London. He was awarded a PhD in composition by Goldsmiths College in 2006, and also studied composition with David Bedford.

Brian’s music has been performed throughout the U.K. and Europe, both in concert and on radio and TV. Past commissions include the London Mozart Players, Piano 40, and the Fine Arts Sinfonia among others. As well as percussion music, including several concertos, he has also written pieces for orchestra, choir, wind band and small ensembles.

His most successful piece to date is the percussion concerto Zodiac, which was commissioned for Owen Gunnell in 2001 and has received many performances since. His quintet The Machine Stops has also received a number of performances from ensembles including the Fine Arts Sinfonia and VAMOS.

Brian’s music has received awards, including winning the Surrey Sinfonietta Composers Competition and being a finalist in the Tokyo Chamber Music Competition.

Brian occasionally performs his music with his own ensemble The Big Idea, founded in 1997. He also conducts and performs with other soloists and ensembles as a percussionist or vocalist. He was the soloist in the world premiere of his own Concerto for Vibraphone and Strings, and performed the world premiere of his Five Chinese Songs for voice and percussion quartet in September 2005.

He has held several senior posts in music education and is also an experienced adjudicator, lecturer and workshop leader.