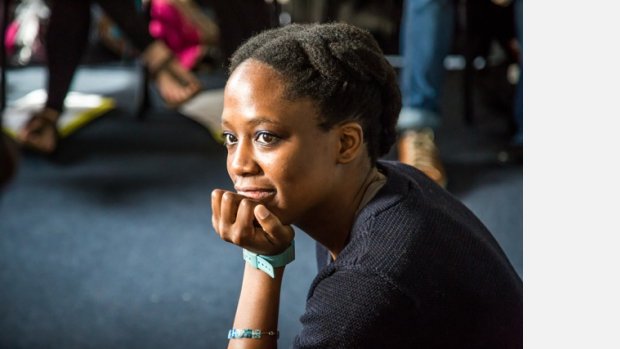 Bobbie Gardner is a composer, pianist,  arranger, producer and music leader.
She recently completed a Masters degree in music composition at Birmingham Conservatoire studying under Joe Cutler and Michael Wolters.

She has extensive experience of working in schools and in the community under Sound it Out, Birmingham City Council Looked After Children, CBSO, THSH & Spitalfields Music.

Her piano playing skills have seen her perform with an array of bands and ensembles, in 2010 she completed a tour playing live synths for Dubstep producers Dusk and Blackdown. She played keys for Heart n Soul‘s Lizzie Emeh at the South Bank for their Beautiful Octopus Club in 2012 and, created string arrangements for Lizzie Emeh’s new LP event in autumn 2014.

Bobbie loves orchestrating, arranging and remixing music, in 2015 she created orchestral arrangements for opera singer Byron Jackson with the Birmingham Sinfornia and a remix of ‘Coco Butter’ by The Fish Police. She is currently arranging songs by Lizzie Emeh for LSO players.

She is is gearing up for the launch of her project for-Wards - a two-year city-wide programme which will create 10 original musical works which respond to and reflect found sounds and stories captured in Birmingham’s 10 districts, thereby creating a cultural sound map of the UK’s super-diverse second city.