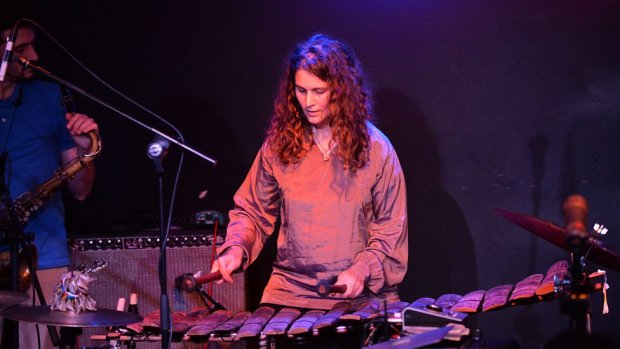 Bex Burch graduated from Guildhall School of Music and Drama (1st class) in 2007.

Having visited Ghana for a research job, in 2007 she was invited to be apprentice to Thomas Segkura, master gyil player and maker, in Guo, Upper West Ghana. Burch lived in Guo and worked as a xylophone maker for 3 years while learning the music. On passing out of the apprenticeship, she was given the name Vula Viel, meaning Good is Good along with the advice: “All we have given you is yours, and all you have given us is ours. The good you do remains when you die.”

On return to UK, Burch formed Vula Viel, first playing traditional Dagaare music then developing her own melodies and meanings along with a unique sound. Vula Viel started making waves in 2015 when they quickly caught the attention of the Royal Festival Hall promotors and played a sold out show at the Purcell Rooms. Followed in December 2015 with another sold out gig at Ronnie Scott’s for the opening of the London Jazz Festival, at which Burch took an axe to wood and tuned a xylophone key live on BBC radio 3, the Guardian names them the “unexpected stars of a glitzy show”. Since then they have played Shambala Festival, Latitude, Bestival, Kings Place, Rich Mix and many others.