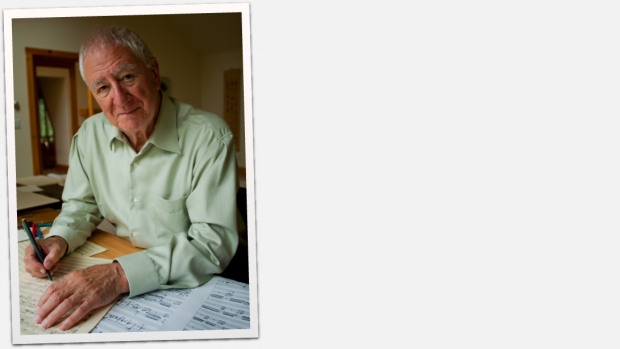 Born in Sheffield, England in 1934, Rands emigrated to the United States in 1975, becoming an American citizen in 1983. He was inducted into the American Academy of Arts and Letters in 2004 and into the Illinois Lincoln Academy in 2014.

Rands served as Composer in Residence with the Philadelphia Orchestra for seven years. Through this residency, Rands, working with Riccardo Muti, made a wonderful and dedicated contribution to the music of our time.

A dedicated and passionate teacher, Rands has been guest composer at many international festivals and Composer in Residence at the Aspen and Tanglewood festivals. Rands is the Walter Bigelow Rosen Professor Emeritus Harvard. He has received honorary degrees from several American and European universities.