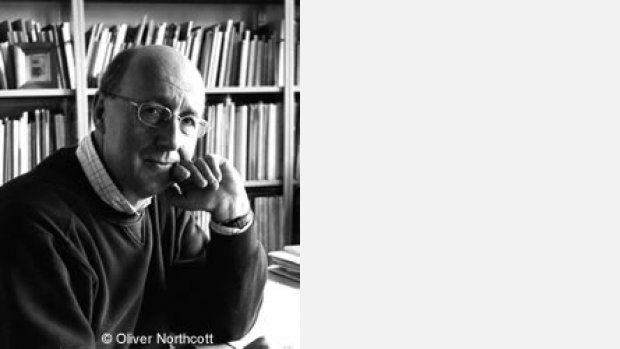 Bayan Northcott was born in London in 1940 and read English at Oxford, teaching the subject for six years before turning to music criticism and, later still, to composition. He has been music critic successively of the New Statesman, the Sunday Telegraph and The Independent and has served as a director of the contemporary record label NMC. Though greatly encouraged by, among others, Alexander Goehr and Hans Keller, he was essentially self-taught as a composer, and his modest output to date is mostly for small forces.

However his Hymn to Cybele (1983) has been twice broadcast by the BBC Singers who are also performing it in the 2010 BBC Proms, while his Concerto for Horn and Ensemble (1998) was first performed in the United States by Speculum Musicae (New York) and in Britain by the London Sinfonietta. His music was the subject of the Aldeburgh Festival annual Composer Portrait concert in 1994 and a Phiharmonia Music of Today programme in 2004. His Ave Regina Celorum (1997) was commissioned and toured by Gothic Voices, and was subsequently included in the Four Votive Antiphons Op. 7, a cumulative cycle of polyphonic settings of the chants traditional to Compline, two of which, Salve Regina and Alma Redemptoris Mater, have been recorded on the Signum label by The Choir of Gonville and Caius College, Cambridge, to great acclaim. In 2007, the same performers gave the world premiere of his Canticle: The Doubting of Thomas. His Fandango for harpsichord was commissioned by Chau-Yee Lo, who gave the first performance at the Reform Club, London, in April 2006. Recent works include Poet and Star, composed for the NMC Songbook, and the ensemble piece Doubles All Round for the 30th anniversary celebrations of Endymion in June 2009 – both works recorded on the NMC label. Bayan Northcott’s selected writings, The Way We Listen Now, were published by Plumbago in 2009 and are available from Boydell & Brewer.