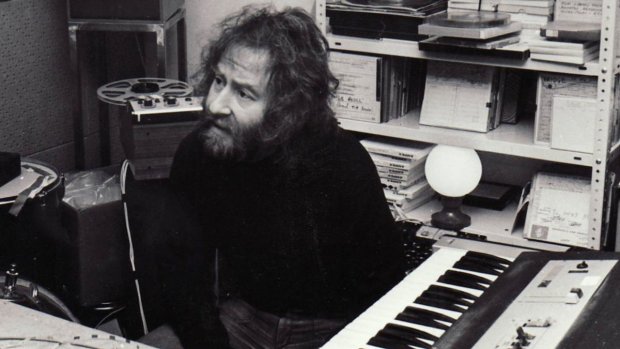 Basil Kirchin (8 August 1927 – 18 June 2005) was an English drummer and composer. His career spanned from playing drums in his father's big band at the age of 13, through scoring films, to electronic music featuring tape manipulation of the sounds of birds, animals, insects and children.

Kirchin started his drumming career at 13 years old in the 1940s. He’d play for eight hours a day and then sleep in Warren Street Underground station as the Blitz roared above him. Playing with Ted Heath (the bandleader, not the former prime minister) and his own father Ivor, he had several hits and was produced by a young George Martin, who went on to produce The Beatles. He was twice voted jazz drummer of the year by the NME and famous fans included Sean Connery and Elizabeth Taylor.

In the late fifties Basil spent five months in the Ramakrishna Temple at Dakshineswa on the River Ganges, exploring music and mysticism. Realising he felt like a “prisoner of rhythm… fed up of playing other people’s music”, the trip marked his departure from the world of Big Band music and drumming.

In the UK, Basil started composing soundtracks for imaginary films, “writing blind” and experimenting with unusual time signatures and tape techniques. These compositions developed into a series of classic library music albums: music made to be used in film, TV and other media.

Dubbed a "founding father of ambient music" by Brian Eno, Basil Kirchin’s influence on 20th-century music is huge. Yet, for much of his life, he worked in almost total anonymity.