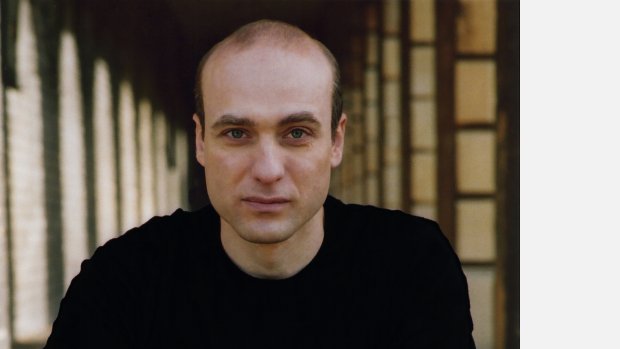 Basil Athanasiadis, after completing his piano and advanced theory studies (harmony, counterpoint, fugue) at the National Conservatoire of Athens moved to London. He studied composition at the Trinity College of Music with Daryl Runswick, the Royal Academy of Music with Paul Patterson and finally at the Canterbury Christ Church University where he obtained his PhD under the supervision of Roderick Watkins and Paul Patterson supported by the Research Studentship Award.

Basil is the only composer to be awarded twice the prestigious JSPS Postdoctoral Fellowship (2010-11, 2011-13) and recently the JSPS Bridge Fellowship (2018-19). Based at the Tokyo University of the Arts as a Special Foreign Researcher, he composed new works for Western and Japanese instruments with a particular interest on the shō (mouth organ) and the 20-stringed koto.

Athanasiadis’ works are characterised by a strong visual identity; his performances has often been accompanied by dance or stage action. Early influences can be traced in Sergiu Celibidache’s views on aspects of ambience and acoustic space (Athanasiadis attended Celibidache’s Munich seminars in 1994), and in composers such as Christou, Feldman and Takemitsu. His most recent works focus on the Japanese aesthetic of wabi-sabi, which has also been the main subject of his doctoral and postdoctoral research since 2004.

His music has been released on CD by Divine Art Recordings, Sargasso Records, Dutton Epoch, Regent Records, Fonorum and the Choir & Organ Magazine (cover CD for March/April 2009 issue). His music is represented by United Music Publishing and Oxford University Press 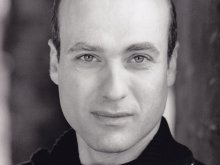 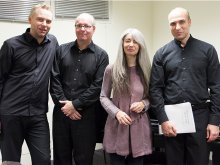