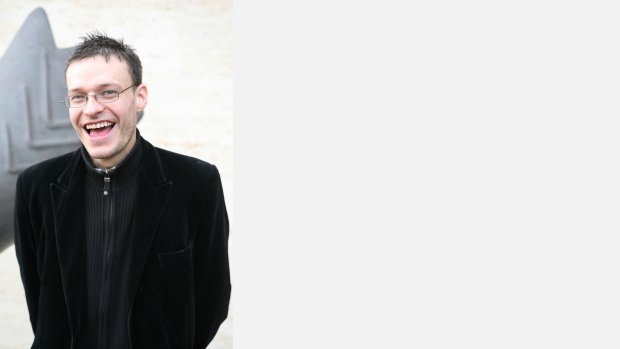 Barnaby Hollington was born in 1975. He grew up mainly in Australia, France and Britain. He began composing at an early age. He studied music at New College, Oxford and composition with Timothy Salter at the Royal College of Music. Barnaby's music has won several awards, including first prize and a special prize in the International Composition Prize Luxembourg 2006, second prize in the First Tokyo Kosei Wind Orchestra Composition Competition in 2006, third prize in the First Alexander Moyzes International Competition for Composers (Chamber Category) in Slovakia in 2006, second prize in the Zeitklang International Composition Competition in Austria in 2005 and second prize (shared) in the First Uuno Klami International Composition Competition in Finland in 2004. He was a finalist in the University of Aberdeen Music Prize in 2007 and has been shortlisted for other awards.Commercial recordings have been made of two of Barnaby's works. Jeux de Miroirs, performed by the Tonkunstler-Orchester Niederosterreich, conducted by Christoph Cech, is available on the Zeitklang CD from Musikfabrik Niederosterreich. Con Brio, performed by the Tokyo Kosei Wind Orchestra, conducted by Keiko Kobayashi, is available on the Sui-gaku IV CD and DVD from Bravo Music.