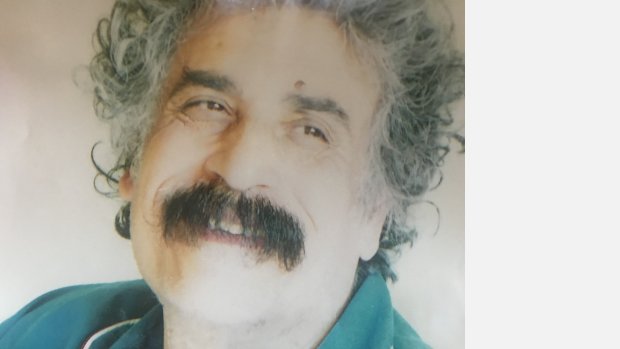 Bahman Mehdikhan Zandi was born in Teheran, Iran. His compositions belong to the school of Iranian Symphonic Music. His musical education began at the Tehran Conservatoire, there he studied the bassoon for several years and by the age of 17, was a member of the Teheran Symphony Orchestra as well as the Rudaki Opera Orchestra. Alongside bassoon lessons, he spent his free time teaching himself to compose. Although finding enjoyment as a performer, his passion lay with composition. This lead to the completion of his first symphony in 1968. Performed by the Conservatoire Symphony Orchestra, it was premiered as part of the Teheran Festival of Art and Culture. In 1969, he began writing film scores. One was recorded in Italy by the Philharmonic Orchestra and choir for the film “Leily va Majnoon”. During the spring of 1970, his piece “Memoire” for string orchestra was performed by the Teheran Symphony Orchestra in Rudaki Hall under the baton of Heshmat Sanjary. Owing to his success at the Teheran Festival of Art and Culture, he was awarded a grant to pursue composition at Brussels Conservatoire.

In September of the same year, he moved to Brussels, where he studied harmony, counterpoint and fugue with Jacques Leduc and Jacqueline Fontyn, gaining his diploma in harmony and counterpoint. In 1974, after gaining his diploma, he went on to specialise in composition, studying with Maestro Paul-Baudouin Michel, after which he was awarded his Composition Diploma with Distinction. The world premiere of his violin sonata was performed by Ruth Ferguson (violin) and Sae-Jung Kim (piano) at the Atelier, Brussels in 1977. In 1979, Bahman Zandi won the Tenuto Competition in Belgium. His winning symphonic work was “Mouvement Interne” for orchestra. It was performed and also broadcast by the Antwerp Philharmonic Orchestra, conducted by Edmond Saveniers. As a result of winning the competition, he was awarded a grant by the Belgian Ministry of Culture. Two of his works were selected for performance and broadcast in Switzerland by the International Society of Contemporary Music, performed by Andree Stakian (violin) and Georges Bernard (piano), and his work “Processus” for solo piano, performed by Gisele De Coster, was chosen for a concert featuring modern music at the Palais des Beaux Arts in Brussels. He has been asked to write several works, such as his composition “Multiple” for organ, commissioned by Credit Communal de Belgique, as well as “Ornaments” for solo trombone and “Strophe” for tuba, which were commissioned by Mons Royal Conservatoire of Music.

Since moving to London, he has researched and experimented with electronic music and worked alongside improvisatory groups. His piece “Five Fantasies” for string orchestra, written in 1977, received its world premiere in a performance by the Guildhall String Orchestra at the Barbican, conducted by Paul Daniel. And his composition “Five Portraits” for clarinet, was premiered at the British Music Centre.

As part of the International Society of Contemporary Music’s “World Music Days” in Denmark, the Arts Council of Great Britain selected his works to be part of the exhibition.