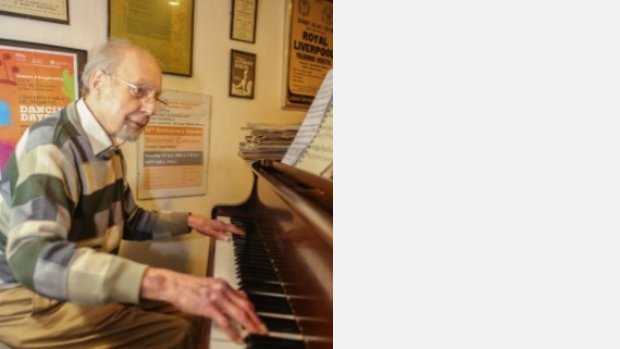 Born in Bicester in 1931, Anthony Hedges studied music at Keble College, Oxford, and left university with a first class honours degree and a post-graduate degree in composition. Following National Service as solo pianist and arranger with the Royal Signals Band, he spent the next five years as a lecturer at the Royal Scottish Academy of music. During that time he was a regular contributor on music to many national newspapers and journals. In 1962 he moved to Hull University where, he became, until his retirement in 1995, Reader in Composition. In 1972 he was elected Chairman of The Composers' Guild of Great Britain, served as joint-Chairman in 1973, and was subsequently elected to the Guild's Council. He was a member of the music panels of Yorkshire Arts and Lincolnshire and Humberside Arts, the Music Board of C.N.N.A., and a Council member of the S.P.N.M. A Council member of Westminster Central Music Library for 15 years, he instituted its publishing scheme for contemporary British scores. As a pianist  he gave regular solo recitals, and as an accompanist he worked with many leading performers. In the late 1970s he founded the Humberside Sinfonia with whom he gave numerous successful concerts as well as recording a highly-praised LP of his music.

Anthony Hedges was equally successful in many types of music. His serious music has received wide critical acclaim; his light music enjoys numerous broadcasts, recordings and public performances. He also wrote much music for children and amateurs as well as for film, stage, ballet and television. His works have been performed by many major British orchestras and heard worldwide in many hundreds of broadcast and public performances. In 1991 he was the featured composer in the Riga Festival of British Music and Film and was subsequently invited back to Latvia to conduct further performances of his works. A prolific composer, over 60 of his works resulted from commissions*. In 1990 Hull Central Library established an Archive collection of all his compositions and working sketches. A CD of his light orchestral music was issued in 1997 by Naxos/Marco Polo, and many CD recordings have followed on various labels. In 1977 he was awarded an honorary D.Mus. by the University of Hull. More details of his life in music can be found in Who's Who. He and his wife Joy lived in the picturesque town of Beverley, East Yorkshire, where he was a long-term supporter of the Beverley Chamber Music Festival.

Many of his works are published by Westfield Music, which he established in 1977 and named after the Westfield area of housing in Beverley (converted buildings of the former East Riding House of Correction) where he and his family lived in the 1970s.

Following his death in June 2019, responsibility to maintain and promote his music was willed to his daughter Fiona Hedges, also a musician. She is now the executor, owner and promoter of his music. All enquiries from existing publishers and enquiries concerning the music of Anthony Hedges should be addressed to her via https://www.hedgeswestfieldmusic.co.uk/home

(Biography reproduced with permission from https://www.hedgeswestfieldmusic.co.uk/home)