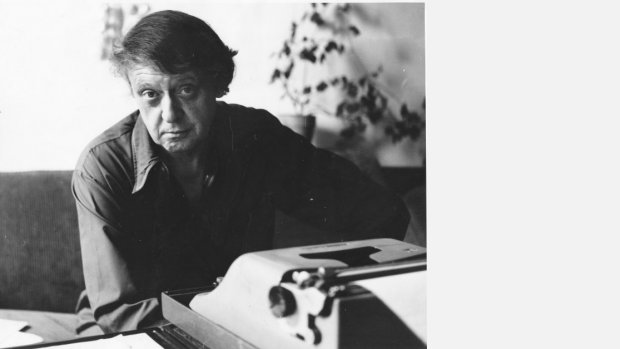 Burgess’s mother and his only sister, Muriel, died in the influenza epidemic of 1918. The loss of his mother had a profound effect on his life and literary work. By 1928, when Burgess enrolled at his secondary school, they had moved to Moss Side, where he wrote his earliest published poems and short stories. He composed his first symphony at the age of 18.

Burgess was educated at Xaverian College and the University of Manchester, graduating with a degree in English Literature in 1940. He served in the Royal Army Medical Corps and the Army Educational Corps from 1940 until 1946. In August 1945 he composed a Sonata for Cello and Piano in G minor, which is his earliest surviving musical work.

IIn 1956, his first published novel, Time for a Tiger, appeared under the pseudonym ‘Anthony Burgess’. He continued to balance his teaching and writing careers, completing his Malayan Trilogy with the novels The Enemy in the Blanket (1958) and Beds in the East (1959).

His prolific literary output as a novelist began at this time, as he sought to provide for his prospective widow. By the end of 1962 he had published seven novels, including The Doctor is Sick, The Worm and the Ring, A Clockwork Orange and The Wanting Seed.

Burgess composed more than 200 musical works. He wrote the lyrics for the award-winning Broadway musical Cyrano, with music composed by Michael Lewis and featuring Christopher Plummer in the title role. His ballet suite about the life of William Shakespeare, Mr WS, was broadcast on BBC radio. He wrote a song cycle based on his own poems, The Brides of Enderby, along with musical settings of texts by T.S. Eliot, James Joyce, D.H. Lawrence and Gerard Manley Hopkins. Blooms of Dublin, his musical adaptation of James Joyce’s Ulysses, was broadcast on BBC radio in 1982. He also provided new libretti for Scottish Opera’s Glasgow production of Oberon in 1985 (revived in Venice in 1987), and for the English National Opera’s 1986 production of Carmen.

Even when he knew that he was dying from lung cancer, Burgess continued to write and compose music.