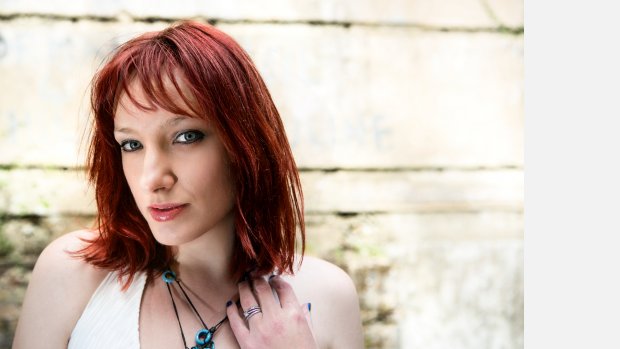 Anna Neale is a multi-talented singer/songwriter, composer, session vocalist, voice over artist and lecturer in music. Anna's worked professionally in the music industry for over a decade. In that time she's toured the world, released two albums and an EP to critical acclaim, written songs for other artists, radio and TV advertising, and provided vocals for many TV animations, songs and adverts.

Anna's is currently working on her new album 'Wide Sky' with producer Jez Larder (Amy MacDonald, Estelle, David Bowie). The album features performances from Syrian and Iraqi musicians. Fusing together Middle Eastern music with Western pop, and continuing the world music theme featured in her pervious album 'River Man'.'Wide Sky' has been funded through Pledge Music,the campaign reached 275% of its target funding in three days. Her last EP 'Free Falling' was also crowdfunded. The title track 'Free Falling' was chosen as BBC Introducing: The South's 'Track of the Day' twice in 2016.

Part of the 'River Man' tour in 2013 saw Anna and her band performing at The British Museum as part of their 'Life and Death in Pompeii and Herculaneum' exhibition, and at the University of Cambridge with Classics Professor, Mary Beard.

Winner of 2009's Guildford Music Award for Best Female Solo Artist, Anna Neale started her professional life touring as a vocalist with Dublin soul band, the stars from 'The Commitments'. Since then she has become a performer and songwriter in her own right, playing to an increasing number of fans through her live, TV and Radio performances. Anna has played around the world, across US, Canada, Europe and Asia, both as a solo artist and as a member of various bands, being described by the press as 'sensual, fiery and playful'. She has also supported many well known artists including Britpop band Space, Martin Carthy and Edwin Starr.

In 2008 Anna reached the finals of the London Metro's 'On-line, On-tour' competition', and the finals of MTV’s 2008 ‘Get Seen, Get Heard’ competition. Her interview and song (filmed live at 'Bed' bar in her home town of Woking) ‘Soul Momma’ received regular play on various MTV channels across the UK over the spring and summer. Later on in the year she played at the O2 in Greenwich as part of O2 undiscovered.

At home and internationally Anna has performed at most major music industry conferences. In 2010 she showcased at Brighton's 'Great Escape' Festival with Recharged Radio. Anna has also performed at Manchester’s renowned ‘In The City’ music conference and was a regular performer on the main stage at the Edinburgh Fringe Festival.

Internationally Anna headlined at the world renowned Canadian Music Week festival (CMW) in Toronto in 2009, and at the sell out BPI showcase as part of Canada’s NXNE festival in 2006, where she was the highest rated solo artist in the Canadian press. She has also performed as part of SXSW in Austin, Texas and at the NEMO Music Festival in Boston USA in 2005. Anna’s Boston appearances resulted in her track ‘All For Nothing’ topping the Starbucks download charts across New England.

“With River Man Neale has delivered a tour de force recording. It’s a sumptuous musical statement. Inspired by a visit to Pompeii it explores historical and metaphysical issues in a beautifully accessible way.”
R2 Magazine, UK

"Unlike the typical fare of thin, airy-voiced female folksters, Neale surprises by breaking away from the pack with a gutsy vocal style that’s both sensual and soulful." Metro, Toronto, CA

“At certain points Neale looked like what Christina Aguilera would look like if she could write songs and play the guitar.” Chart Attack, Canada

“Her latest release, 'Touch', features 12 tracks of moving folk/pop that builds upon this standing by featuring her best recordings to date. The stand out track, 'Emotional Baggage', shows why it won't be long before she steps into the mainstream. Keith Aimes, The Musician, UK

Free Falling
Who Could Say 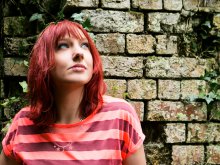