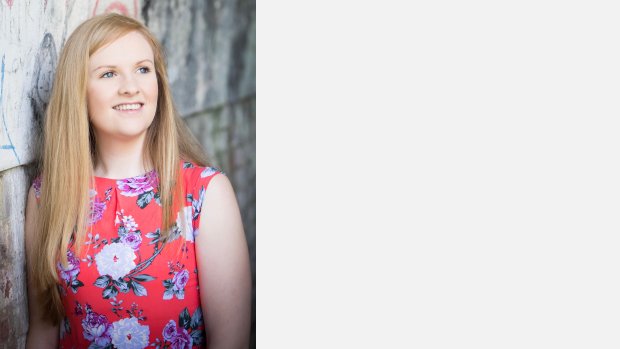 Angela Elizabeth Slater is a UK-based composer in the final stages of a PhD in composition at the University of Nottingham, generously funded by the AHRC and supervised by Dr. Nicholas Sackman and Prof. Mervyn Cooke. Angela developed a particular interest in incorporating different aspects of the natural world into her compositions. She has been working on a series of compositions that engage with the natural world musically mapping certain aspects into the fabric of her music.

Through her studies and attendance at many courses, Angela has worked with many professional and amateur musicians, and enjoys working with both groups with equal passion and enthusiasm. To date she has worked with many choral and instrumental ensembles such as the Galitzin Quartet, Orlando Consort, Emulsion quartet, Ensemble 360, Kokoro, Bristol ensemble, Fournier Trio and Xenia Pestova; as well as working with new talents such as the Lux quintet, Dead Wood and Michael Sluman. Angela is currently involved in the exciting Adopt a Composer scheme where is writing a new work for the Lincoln Ukulele Band. Angela enjoys working with ensembles of varying abilities and backgrounds, and is keen to find ways to make contemporary music exciting and accessible for a range of players and audiences.

In 2015 she was awarded a prestigious bursary by the Boltini Trust to participate in the Advanced Composition Course 2015 at Dartington. Her choral piece Apparitions was selected for the Choral composition workshop led by Judith Weir and Matthew Hamilton conducting the BBC Singers. Angela has also recently taken part in Psappha – Composing for Clarinet scheme where she wrote Nacreous Contours for the professional clarinetist Dov Goldberg.

In July 2015, Angela was also selected to attend the Composer Academy as part of the Cheltenham Festival, where she participated in sessions led by Peter Wiegold and Joe Cutler. Her piece Night Airs was selected to be workshopped by Kokoro at the Bournemouth Symphony Orchestra Composers’ Day led by composer Colin Matthews. Angela has also also received advice and tuition from composers such as Oliver Searle, Rory Boyle, Gordon McPherson, Judith Weir, Erroyllen Wallen, Peter Wiegold, David Horne, and Geoff Hannan. 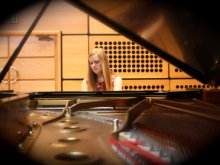