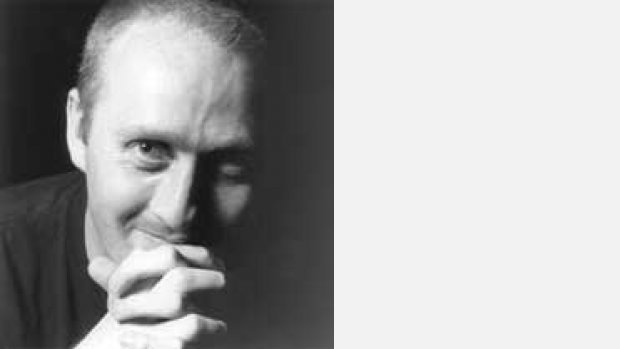 Andrew Toovey was born in London in 1962, and studied composition with Jonathan Harvey, Michael Finnissy and briefly with Morton Feldman. He has won a series of prestigious composition prizes including the Tippett Prize, Terra Nova Prize, the Bernard Shore Viola Composition Award and an RVW Trust Award.

Toovey was associate composer for the Young Concert Artists Trust (YCAT) from 1993-5 and has been the artistic director of the new music ensemble IXION since 1987. He was composer-in-residence at the Banff Centre, Canada for four successive years with his two operas and music theatre works. Two CDs of his music were released on the Largo label in 1998. He has worked extensively on education projects for Glyndebourne Opera, English National Opera, Huddersfield Festival, the South Bank Centre and the London Festival Orchestra, and has been composer-in-residence at Opera Factory and the South Bank Summer School.

Toovey's works have been performed throughout the UK, Europe, Canada, Japan, Australia, New Zealand and the USA. His works have also been featured at the Bergen, Brighton, Gaudeamus, Huddersfield and ISCM festivals and the Darmstadt and Dartington summer schools. His music has been frequently broadcast on BBC Radio 3 and various European radio stations.

Toovey's work embraces a huge diversity of influences, from musical extremes such as Feldman and Finnissy, or the poetry of Artaud, Cummings and Rilke, to a passion for 20th century art - especially that by Bacon, Beuys, Davies, Hayter, Klee, Miro, Newman, Rauschenberg, Riley, Rothko and many more.

Recent commissions have included Music for the Painter Jack Smith (Brighton Festival), Dutch Dykes (De Ereprijs), Self portrait as a Tiger! (Ensemble Reconsil Wein), Going Home (Szymanowski String Quartet). He was commissioned by the BBC to write a viola concerto, premiered by Lawrence Power and the BBC Scottish Symphony Orchestra earlier this year in Glasgow. He is currently writing an orchestral suite based on music from his first opera UBU and a large orchestral work.

Other commissions have included Acrobats, for COMA, mini opera I'll be there for you, commissioned by English Touring Opera, solo violin work Transparencies written for an exhibition of artist Julian Grater, and Noh for solo cello written for sculptor John Davies.