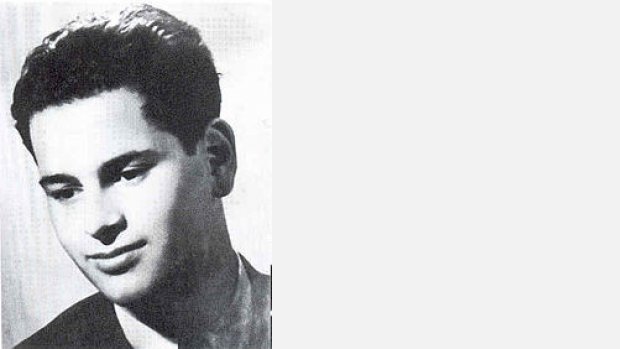 The Polish pianist and composer, André Tchaikowsky [born: Robert Andrzej Krauthammer], began his piano studies at the age of 4 with his mother, an amateur pianist, but with the onset of World War II, the family was forced into the Warsaw Ghetto and the lessons ended. Smuggled out of the ghetto in 1942 and given false identity papers with the name “Andrzej Czajkowski” (Western spelling, André Tchaikowsky), he went into hiding with his Grandmother Celina until the end of the war.

At the age of 9, Andrzej began formal piano studies at the State School in Lodz where his teacher was Emma Altberg, herself a student of the great Wanda Landowska. An extraordinary talent, he continued to the Paris Conservatory in 1948 becoming the youngest student ever admitted to the higher class of Professor Lazar Lévy. His first public performance was in Paris in 1948 where he played Frédéric Chopin and his own compositions. He graduated from the Paris Conservatory in 1950 with Gold Medals in sight-reading and piano performance at the age of 14.

In 1960, André Tchaikowsky moved from Paris to London and started to divide his time between concert dates and composing. While this effectively ended his career as an international virtuoso, his remaining recital and concert dates provided a living and allowed him the time he wanted for composing and other interests such as Shakespeare's plays, playing bridge, and correspondence. This pattern of playing and composing continued until June 26, 1982, when his life was claimed by colon cancer. He was 46 years old. An eccentric to the end, he bequeathed his skull to the Royal Shakespeare Company for use in the graveside scene in Hamlet ("Alas, poor, André, A fellow of infinite jest"); it made its debut in 1984. His opera, The Merchant of Venice, was finished less the last 24 measures of orchestration, which were completed by composer Alan Boustead.