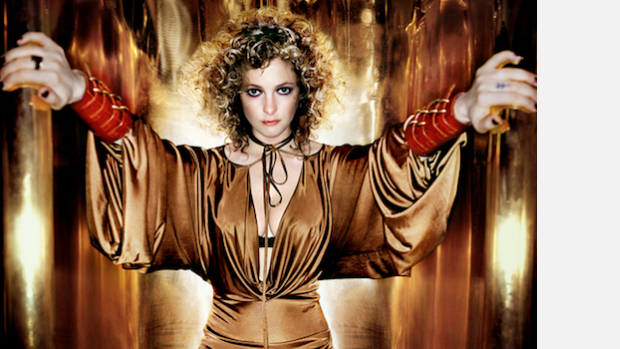 In 1994, she featured on the Orbital album Snivilisation and recorded songs "The Good" and "The Bad" with trip reggae outfit Dreadzone, for their 'best of' album The Best of Dreadzone – The Good The Bad and the Dread. Performing with them live resulted in two songs on the limited edition Performance album released in 1994. In the same year Goldfrapp featured on trip hop artist Tricky's 1995 song "Pumpkin" and collaborated with Stefan Girardet on two songs on the soundtrack to the 1995 film The Confessional. Goldfrapp was introduced to composer Will Gregory in 1999 after he had listened to her vocal contribution for "Pumpkin", they then formed Goldfrapp and signed to Mute Records.

In 2009, she was awarded an Honorary Doctor of Music degree by the University of Portsmouth.

Goldfrapp have released seven albums, most recently Silver Eye in 2017. Hits include "Strict Machine", "Ooh La La", "Lovely Head" and "A&E". The multi-platinum selling band have been nominated for the Mercury Prize, multiple Grammy Awards and won an Ivor Novello for "Strict Machine". Goldfrapp scored the films My Summer of Love and Nowhere Boy.

Goldfrapp has an expansive soprano vocal range. She is noted for her operatic abilities, particularly on the group's debut album Felt Mountain and prominently on the songs "Utopia" and "Pilots". Her delivery in a more contemporary voice has been described as "breathy", "sultry", "ethereal" and "startling".

Goldfrapp has been commended for her vocal versatility, morphing her voice to fit various genres such as folk, pop, classical, dance, trip hop and electronica throughout her career.

Goldfrapp believes that "music is a visual experience" and therefore visualises her lyrics before writing them. While writing, Goldfrapp uses her vocals to create melodies and drumbeats. Her songwriting is characterised by its use of animals to describe human emotions and status. 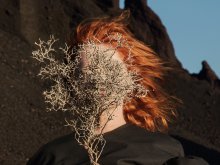 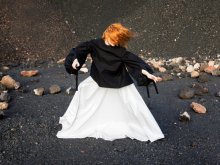