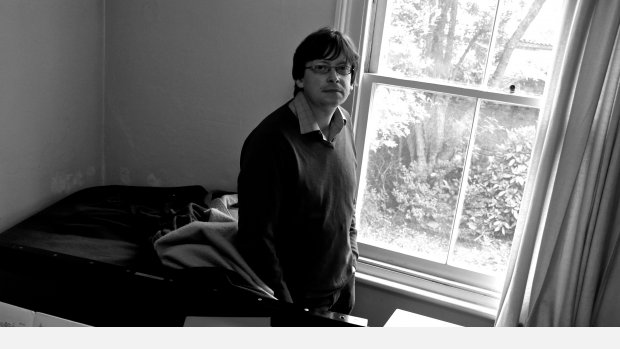 I'm a composer, academic, and out-of-practice pianist based in London. My music has been played throughout Europe and the US, both in conventional concert halls, experimental music venues and places not designed for music at all. I've enjoyed hearing my music played in freezing spaces under London (I think some of it might still be resonating in the Brunel Tunnel) as much, and often more, than in the South Bank Center, Carnegie Hall or Herbst Theatre. I've recently worked with a wide range of contemporary music groups, including PlusMinus, EXAUDI, 12 Ensemble, Mosaik and Either/Or. In more distant times my music was chosen for the South Bank Center's State of Nation Weekend and Gaudeamus Music Week, and featured on BBC4's Classic Britannia TV show.

I'm especially interested, though, in developing long term collaborative relationships with performers, and making recordings with them, which have led to two portrait discs, both released on Carrier Records. These artists include pianist Roderick Chadwick, for whom I wrote a miniature concerto, After and Before, which he recorded with Ensemble PlusMinus as a key part of The Music of Making Strange. Cellist Lucy Railton also features on almost all of that CD, and a piece written for (and with) her in 2008, Knight's Move, played a huge part in me finding the 'sound' I identify with my music now. Violinist Aisha Orazbayeva has also been essential in in that process, and features extensively on both recording projects, most notably in the concerto OutsideIn, which gives the second disc its name and wouldn't have been possible without her extraordinary virtuosity.

I teach at the Royal Academy of Music, where my post is as a Lecturer in Analysis and Contemporary Music. My teaching involves both tonal analysis and harmony, to which I'm passionately committed pedagogically if not artistically, running a seminar for the Phd composers, and a class in performance practice for experimental music. Although I don't consider myself a musicologist, I do write and give talks about music-analytical (and more broadly philosophical) issues occasionally, and from 2008 to 2014 I also wrote a monthly column on pop music for Clash Magazine where I was sent 5 songs to review blind, called 'Royal Academy Reviews'.