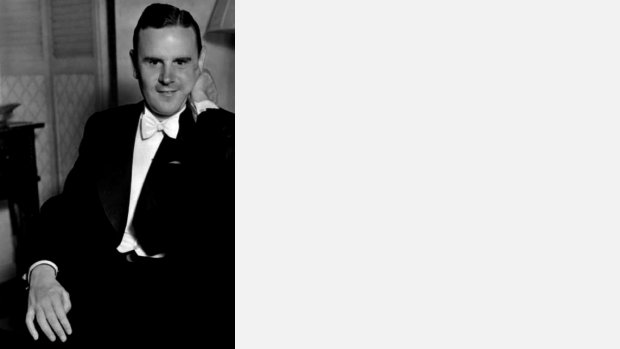 The Welsh-born American, pianist and composer, Alec (Andrew) Templeton, was blind since birth, and was blessed with absolute pitch. He began his musical studies at an early age in his hometown and studied at the Worchester College and later in London at the Royal College of Music and at the Royal Academy of Music. He was only 12 when he began to appear on the BBC, remaining with it until 1935. At 18, he composed Trio for flute, oboe and piano for which he was complimented by Ralph Vaughan Williams.

Alec Templeton was extremely successful as a radio pianist, especially with his musical sketches, parodies, etc. Some music lovers know the name Alec Templeton as the composer of Bach Goes To Town. And if their knowledge goes a bit further they also may recall Mozart Matriculates and even Scarlatti Stoops to Conga. Templeton was known as the radio and TV celebrity who in the nineteen forties and fifties regularly appeared on shows hosted by Bing Crosby, and who later had his own show called It's Alec Templeton Time. The more serious collector will probably recall that he recorded Gershwin's Rhapsody in Blue with Andre Kostelanetz for Columbia in the 1940's. Being a talented improviser Templeton had a good rhythmic feeling for Gershwin's syncopated music, although the Rhapsody in Blue clearly shows that his technical skill was rather limited.

Alec Templeton's radio and TV fame was a good reason for Don Gabor to have a recording made of the improviser. In the season of 1951-1952 he concertised with the Cincinnati Symphony Orchestra. It is an outstanding interpretation despite the fact that Templeton is not a virtuoso and does not play the piano style impeccably, but the treatment of the rhythmic sections are very original and his phrasing is beautiful; the blues in the second movement is soulful, foreboding the dramatic, expressive lamentation. The critics were very positive about the performance of Templeton and conductor Johnson.

Another critic mentioned Alec Templeton's restricted technique, but praised the outstanding musicality of Templeton and Johnson and wrote: "...his interpretation as well as the orchestral part are very compelling." And he referred to Robert Blake's successful registration: "The sound transmitted by this record has a flabbergasting clarity and naturalness; especially the sound of the piano is a surprise."