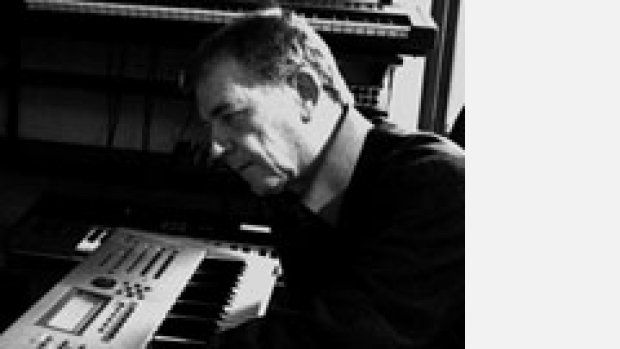 A.A. Owen was a prize winning student at the Royal Academy of Music and also spent two years learning with that colossus of 20th Century Music – Nadia Boulanger. His piano teachers were  Harold Craxton and - in Paris - Jacques Fevrier.

He taught piano at the Royal Academy of Music for 15 years and taught music theory and history at London’s famous Working Men’s College, following in the footsteps of John Ruskin, Charles Kingsley, the Rossettis, Vaughan Williams and latterly Jeremy Seabrook, in the College’s role of providing working people with a liberal education. He rose through the College’s ranks to become its Dean of Studies, working with the then Principal, Lord McIntosh of Haringey, to further develop this extraordinary institution.

A.A.Owen moved back to Wales in 1990. Here he divides his time between teaching, composing and recording.

In 2002 he was elected an Associate of the Royal Academy of Music for achieving distinction in the music profession.

His music and many recordings have been heard, used in film and TV productions the world over.

The key to understanding Albert Alan Owen and his music can be found in how he describes himself. “I am a composer and recording artist”. He creates Sonic Sculptures. For 20 years all the music he has written has only been heard on CD. He has rejected the Concert Hall as the means of getting his music to his public. Although his music cannot be reproduced or interpreted on the concert platform, it can be interpreted by performers. Uniquely – his recordings are deliberately created and structured so that performers from other artistic disciplines can create a work that can be performed.