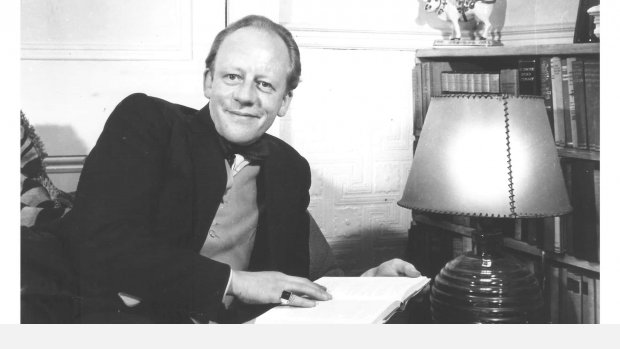 Alan Rawsthorne was born on 2 May 1905 in Haslingden, Lancashire. He spent a period of training as a dentist, and not until his early twenties did he take up music seriously. He then entered the Royal Manchester College of Music, studying piano, composition, and cello. In 1930 he went abroad and continued his studies, including piano under Egon Petri. On his return to England he taught from 1932 to 1934 at Dartington Hall, there writing music for the School of Dance-Mime. He settled in London in 1935 and three years later gained international recognition through a performance of his Theme and Variations for two violins at the London Festival of the International Society for Contemporary Music. The same Society, just at the outbreak of war, produced his Symphonic Studies at the Warsaw Festival, a work which subsequently won a firm place in the orchestral repertoire.

After the war - during which Rawsthorne served in the Army - he devoted the bulk of his time to composition, and although he was not a prolific composer, his output was substantial. Notable among his post-war compositions are the two violin concertos; the Cello Concerto, commissioned by the Royal Philharmonic Society; the Second Piano Concerto - probably the most popular of his major works - three symphonies; the second and third string quartets; the sonatas for violin & piano, and cello & piano; the Quintet for Piano and Wind; the Quintet for Piano and Strings; and the Ballade for piano written for John Ogden. He also composed a good deal of incidental music for stage and film as well as a ballet for Covent Garden, Madame Chrysanthème.

Rawsthorne was awarded the CBE in 1961, and was made an Honorary Doctor of Music by Liverpool, Essex, and Belfast Universities. He died in Cambridge on 24 July 1971, but his elegant and beautifully crafted music continues to be enjoyed by both performers and listeners. There is an active Rawsthorne Society which disseminates information about the composer, and encourages recordings.

In 2007 the Rawsthorne Trust commissioned Edward Harper to re-orchestrate Rawsthorne’s setting of Coleridge’s Kubla Khan. The score and parts of the choral work, originally commissioned by the BBC, were destroyed when Rawsthorne’s flat was bombed in 1940. The première of the newly reconstructed work took place in Manchester’s Bridgewater Hall in March 2008.