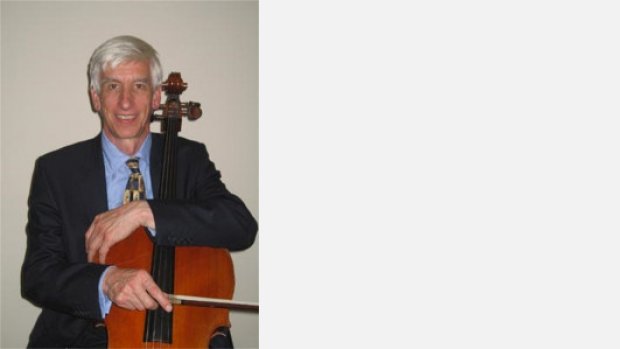 Alan Brett was born in London and began playing the cello at 16.  His teachers included Maryse Chomé and Rohan de Saram, and he played in the master classes of Amedeo Baldovino (Trio di Trieste). From 1989 to 2000 he lived and worked abroad: first in Berlin; then in America, where he taught cello and composition at California State University.

Alan has performed at many festivals and music series in the UK including Aldeburgh, Bath, Brighton, Cambridge, Cheltenham, Glasgow, Huddersfield, Kings Lynn and on London’s South Bank. Abroad he has performed at festivals and music series in Belgium, France, Germany, Holland, Italy, Norway, Spain and the U.S. (At the Darmstadt International Ferienkurse in Germany he was awarded the Kranichsteiner Prize for interpretation.)

He has given guest lecture-recitals at the Sweelinck Conservatorium (now Conservatorium van Amsterdam), the Technisches Universität in Berlin, California State University, Guildhall School of Music and Drama in London and the Royal Northern College of Music in Manchester.

On various occasions he has performed complete cycles of J.S. Bach’s 6 Solo Suites, as well as Beethoven’s Cello Sonatas and Variations (with piano) both in the UK and abroad.