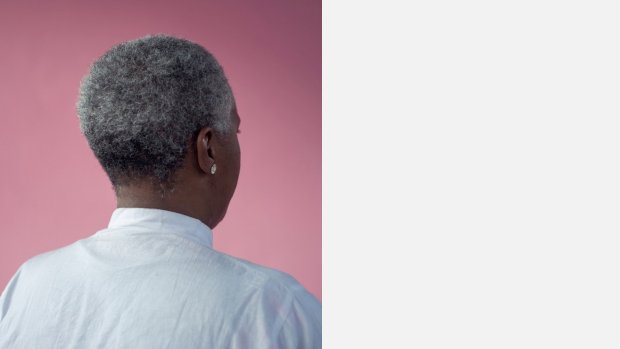 Ain Bailey is a sound artist and dj.

Her compositions encompass field recordings and found sounds and are inspired by ideas and reflections on silence and absence, architectural urban spaces, and feminist activism. Her electroacoustic compositions are created for a variety of forms, including multichannel and mixed media installations, moving image soundtracks, live performance and dance.

Oh Adelaide (2010)  is a collaboration between Bailey and the artist Sonia Boyce. Between 2013 and 2015, Oh Adelaide exhibited at the Glassell School of Art: The Museum of Fine Arts, Houston; CCA-Glasgow; Tate Britain, London; The Kitchen, New York and the Whitechapel Gallery, London.

Bailey has also created soundtracks for the award winning video Red She Said, 2011, by Kerstin Schroedinger and Mareike Bernien; Jimmy Robert's Abolibibelo performance at Migros Museum, Zurich, Switzerland (2015) and Descendances du Nu performance and installation at CAC-Synagogue de Delme, Delme, France (2016) and European Portraits at PEER Gallery, London (2017). Commissions have come from mouvoir: a Cologne-based dance company, to create sound works for inclusion in the productions Beautiful Me and Cactus Bar, which toured extensively throughout Europe. In 2014, Bailey collaborated with the MichaelDouglas Kollektiv and composed and performed a soundtrack for a new dance production Here Is You And Not Me, Cologne, Germany.

Compositions include a suite entitled AGORA which were presented in situ at the British Museum, St. George’s, Bloomsbury and The Rio Cinema in Dalston. The works were presented together at the Peltz Gallery, London (November 2015). Other works include Ode To No. 6; The Pitch Sisters, a multichannel composition; and meditations on record collections as personal archive, disco and death.

Other works include Congregation a performance/presentation as part of  Two Steps To The Left… at Wysing Arts Centre, Cambridge, Transfigured Night at the Art Pavilion in Mile End Park, London, Sounding The Great Hall at Goldsmiths, University of London and Sound Field  which was part of the Curating Contemporary Art exhibition at the Royal College of Art, London.

Bailey collaborated with Gaylene Gould on the creation of a Sonic Trail for Tate Britain, London. She also performed at Guest, Ghost, Host: Machine!, the 2017 Serpentine Marathon. She was guest professor in sound at Kunsthochschule Kassel for the winter semester 2017/2018. Currently, following a commission by Serpentine Projects, Bailey is conducting sound workshops with LGBTI+ refugees and asylum seekers.