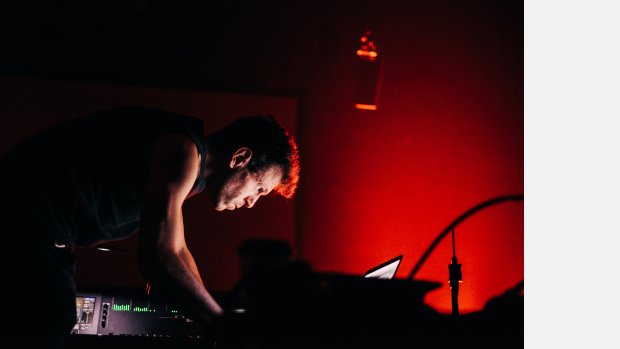 Adam’s music has been performed in over 400 festivals and concerts around the world, including many of the most significant contemporary music events in the field. Adam’s music has represented the United Kingdom at two major international festivals, and has featured in wide range of popular music contexts, including performances at the Glastonbury Festival and appearances on the BBC. Many of his pieces have been published, with works now available on 11 different labels (Elektramusic; Taukey; Sargasso; ICMA, among others). In Oct 2018, a new solo CD of his recent works will be published by Empreintes Digitales.

Adam is regularly invited to talk about electronic music, and has given lectures and presentations at many world-leading universities and conservatoires, including Harvard University, The University of Oxford, New England Conservatory, Swedish Royal College of Music, Conservatorium van Amsterdam, The Sydney Conservatorium. As with his numerous journal articles and book chapters, his talks often address compositional methods and aesthetic preoccupations, analytical approaches to electronic music, the nature of performance interpretation and authenticity, the nature of digitised music, and reflections on the many philosophical dilemmas that electronic music seems to produce.

In 2016, Adam co-founded the British ElectroAcoustic Network (BEAN), alongside James Andean, with the intention of representing British electroacoustic music overseas. The network was subsequently affiliated with the International Confederation of Electroacoustic Music (CIME). Adam is currently a director of the Composer’s Desktop Project (CDP), and was Editor-in-Chief of the International Journal of Arts, Humanities and Social Sciences between 2015 and 2018. Adam has lectured at various institutions, and is currently Senior Lecturer at The University of Sheffield, UK, where he directs the MA Composition, the MA Sonic Arts, and supervises a range of PhD students.