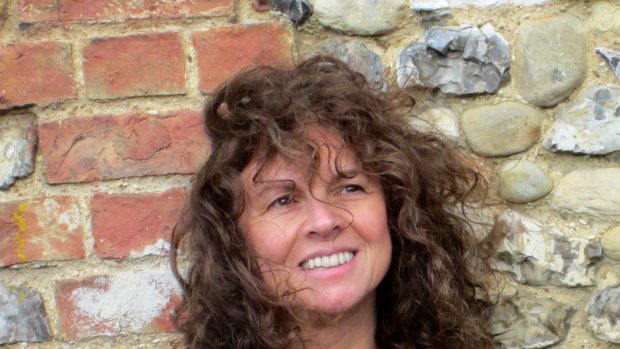 Trespassing the Boundaries of National Cultures

Next in Alex Ho's curated series Silvina Milstein reflects on the intersection of compositional tradition and national colour, following the release of her of gold and shadows cycle.

How is it that certain works of art feel truly ‘native’ despite dispensing with local colour?  For instance, we do not feel that Messiaen’s Turangalîla Symphonie lacks ‘Frenchness’ despite its borrowing from the structures of Indian classical music and the sonorities of Indonesian gamelan.  The conflation of the fluid traditions in which artists are often immersed can be seen to cause the emergence of unique spaces characterised by a varied gamut of ‘in-betweenness’, whose sensitivity and mood, independent of local colour, may be shared by national groups.  Indeed, if “perhaps universal [literary] history is the history of the various intonations of a few metaphors” as the Argentinian writer Jorge Luis Borges propounded, it would seem artificial for artists to limit themselves to local mannerisms and subject matter. When considering the ways that an individual’s ‘transnational identity’ manifests, such as in the case of Nikos Skalkottas or Roberto Gerhard, the reification of such ‘identities’ verges on biography, for it concerns the individual as opposed to a diaspora group. Rather than looking for shifting competing identities in an artist, it seems of more interest to explore what remains constant: the manner in which a particular individual holds his pen.

I first encountered the views of Borges in 1970, when I attended his public lecture on the Kabbalah at the Sociedad Hebraica Argentina.  The idea of a ‘sacred book’ was a “concept alien to the Western mind”, Borges explained in his opening statement. For a fourteen-year-old with a positivist frame of mind – who happened to be reading Bakunin’s God and the State on the bus journey to the talk –  the notion of a world conceived as a ‘web of symbols’ was an earth-shaking revelation. Borges’s speculations about interconnections and reflections between asynchronous texts across cultural traditions caused the horizons of what I considered relevant to modernity to expand many-fold.  From this premise, one could uninhibitedly choose to compose with materials derived from vernacular traditions or engage with imagery, ideas, and forms from across the world as well as from the distant past. Trespassing national and historical boundaries Borges created an exemplary oeuvre that shows us how contemporary artists can find new spaces in-between national traits.

Although I grew up in Buenos Aires, none of my music was written there. Paradoxically while antisemitism and repression caused my grandparents to emigrate to Argentina in the inter-war period, the brutal regime established by the military in the mid-seventies drove me to cross the ocean in the opposite direction. These days, I live in Cambridge and my dreams tend to be in English – though at home I speak Spanish. Having written a book on the nature of compositional process in Schoenberg’s music in the eighties, I have reflected extensively on the implications of using traditional Western means for achieving musical continuity when dealing with symbolic spaces drawn from non-European traditions. I guess that my involvement with  Schoenberg’s world has marked the way I hold my pen.

Several of my works are evocative of the dreamy melancholy of my native country and borrow from its music. The following excerpt is the ending of Music of the City, in which bits of music reminiscent of the vernacular of Buenos Aires pop up to the surface against the unfolding of an impervious succession of luminous chords. In a media luz,  the continuously proliferating lines and embellishments heard throughout the piece, eventually dissolve into a melody played by a lone violinist. Its contour carries memories of a popular song entitled 'a media luz', whose words and gestures evoke the intimacy of dusk and candlelight.

MUSIC OF THE CITY (ending);

Yet another important strand of my preoccupations is represented by the eight compositions that make my of gold and shadows cycle (recently released by LORELT, LNT141 and LNT142), which share a concern with the exploration of states of heightened awareness and the creation of evocative modes of musical continuity arising from the use of shards of familiar materials evocative of a variety of contexts. The Piano Phantasy and the piano duo in a bowl of grey-blue leaves inhabit a world of sensuous eroticism.

IN A BOWL OF GREY-BLUE LEAVES (ending);

De oro y sombras and shan shui were inspired by the mysterious symbolic spaces depicted in certain ancient contemplative Chinese landscapes paintings. Shan shui (mountain – water) is both emblematic of the way I create continuities out of heterogeneous sources anchored in processes rooted in Western art music. This work outlines a dream-like form that relies on a small variety of gestures. While sometimes behaving like traditional musical ‘motives’, these can also unfold without the expectations of classical development, instead recalling the calligraphic brushstrokes of ancient Chinese painting. This way of composing was inspired by the pictorial language of Guo Xi’s Early Spring, an eleventh century silk scroll regarded as the epitome of Northern Song monumental landscape.

Like renderings of a mountain from many sides, under different lights, and at different scales, the of gold and shadows cycle invites listeners on a multifaceted contemplative journey.

Silvina Milstein was born in Buenos Aires in 1956 and emigrated to Britain in 1976. At Glasgow University her composition teachers were Judith Weir and Lyell Cresswell, and at Cambridge University she studied with Alexander Goehr.  In the late eighties she held fellowships at Jesus College and King's College (Cambridge), and is currently a professor of music at King's College London.

Her music has been played by some of the world’s leading orchestras and ensembles, such as the BBC Scottish Symphony Orchestra,  the Endellion String Quartet, soloists from the Camerata Bariloche, and the Ensemble Modern, broadcast by BBC Radio 3 and recorded by Lontano for LORELT.

Over the past decade she has explored musical forms arising from heightened states of awareness, borrowing from a wealth of artistic media and spiritual traditions as evident in her works for the London Sinfonietta tigres azules and surrounded by distance, as well as of gold and shadows premiered by the Birmingham Contemporary Music Group under Oliver Knussen.

Silvina Milstein recently held a Leverhulme Fellowship to investigate the extent to which the expressivity of musical 'dream forms' depends on eroticised and distorted classical patterns of expectation.  Her music is published by Composers Edition.

Silvina Milstein, ‘Musings and reminiscenses on the mysteries of composing music’, Inaugural Lecture, 2012

Interview with Silvina Milstein ahead of the premiered of de oro y sombras by the Birmingham Contemporary Music Group conducted by Oliver Knussen, 2011

In a bowl a grey-blue leaves (ending)

Music of the City (ending)

Trespassing the Boundaries of National Cultures