"These days I see composing as a slowed-down version of improvisation, which is why I think I'm drawn to making music as opposed to just playing it." 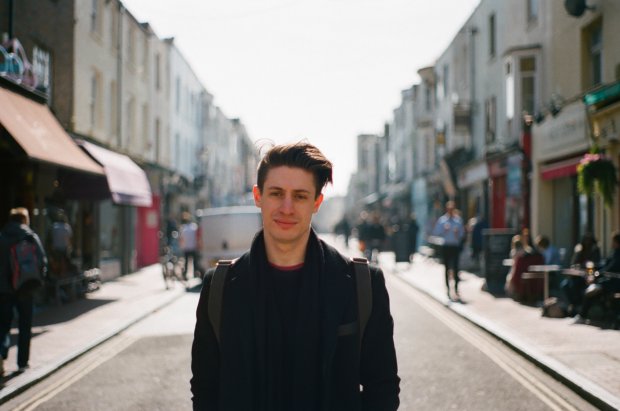 Tom Barnes is a London-based musical director and composer. Tom trained at the Royal College of Music as a Soirée d’Or Scholar, generously supported by the Clifton Parker Award and the UK BAFTA Scholarship scheme.

Film credits include short films Hacks (2016), Friend Like Me (2016) and Playground (2017) as part of New Form Digital’s Incubator Series funded by Ron Howard and Brian Grazer, and Recurrence (2014) which won Best Short Film at the 2014 Buffer Festival. Tom’s music has also been heard at the 2017 Venice Biennale as part of the Empire II exhibition with the experimental short film A is for Apple. Tom recently completed the score to queer short Four Quartets (2017), written and directed by Marco Alessi.

For stage, Tom composed for Grassroots Shakespeare London’s productions of Twelfth Night and Othello (Leicester Square Theatre) and was musical director and composer for Changeling Theatre’s All’s Well That Ends Well and The Two Gentleman of Verona. Tom was also Musical Associate for Academy-nominated composer Gary Yershon for The Broken Heart (The Jerwood Vanbrugh Theatre, RADA) and Musical Assistant on Art (The Old Vic).

Tom is currently composer in residence with ROLI, through the Sound and Music Embedded scheme.

My father is a huge jazz music aficionado with an encyclopaedic knowledge and equally encyclopaedic record collection. My earliest experiences of music was listening to jazz which led to starting jazz piano in my early teens (with terrible technique). I've come to realise how valuable this experience was, not only because it meant I could support myself in London as a pianist, but because I learnt how to improvise. These days I see composing as a slowed-down version of improvisation, which is why I think I'm drawn to making music as opposed to just playing it.

What has been the highlight of your residency with ROLI?

ROLI are extremely committed to the idea of making music accessible to all. They have been therefore extremely supportive of my residency, which partly explores the musical voices of those who ordinarily wouldn't play a musical instrument. It's been a pleasure getting to know the ROLI team, many of whom are brilliant musicians.

Tell us more about your MIDWAY project...

MIDWAY is part documentary, part community project, part audio-visual composition. I've collaborated with the very wonderful filmmaker Marco Alessi who documented the various interviews I completed with residents of Midway House, a council estate in Islington. We then asked each participant to complete short improvisations on the ROLI Seaboard RISE, which was loaded with pre-recorded sounds collected from around the estate. The hope is to create a film of character portraits of the residents, which is accompanied by a live ensemble playing music that responds to their improvisations as an attempt to form some kind of collective response to living in Midway House. I'm also aware of the increasing gentrification of London that effects many areas similar to mine, and am particularly interested in how it manifests in private residential spaces.

You approached the residents of your building to take part in MIDWAY - how did you get people on board?

I've lived in Midway House for 5 years now, so some of the participants I knew personally and were up for potentially contributing to a piece about our home. Aside from these people, I spent a fair amount of time flying the whole building door-to-door, in an effort to have conversations with people. I received a wide range of reactions, from being invited in for a cuppa, to being urinated on by a dog, so it was an exciting process to say the least. I enjoyed it nevertheless, because any resistance I faced was a manifestation of the divide between people living in the block, which is precisely what I'm attempting to bridge.

You often write for film and theatre - do you have a different process when not writing for a visual medium?

My love for working in film and theatre stems from the fact that I enjoy collaboration so much, as well as working with people from different disciplines. Personally, even when not writing for picture or the stage, the process of writing music is largely the same. In my experience writing for film or theatre requires a more diplomatic approach as you’re probably going to be collaborating with lots of people. I guess writing music for yourself, or concert music, is more introspective, which also makes it much scarier as you’re not bouncing it off other people all the time.

What is the New Music scene like where you live?

Living in London means you feel very much at the epicentre of things. I also trained here, so I felt particularly aware of the current trends as I was surrounded by composers and musicians who were trying to find their own voices. My favourite thing about the scene in London is that it's one of the most progressive cities in the world. The worst thing is how expensive it is to see music, especially 'high-culture' stuff, which directly impedes its accessibility.

If you could collaborate with any living artist who would it be?

Probably Mica Levi. Her work is shaking up the film music world and disrupting it in a really exciting and productive way. I also dislike how male-dominated the film music industry is.

What are your top 3 desert island discs?

You can find out more about Tom on his website.