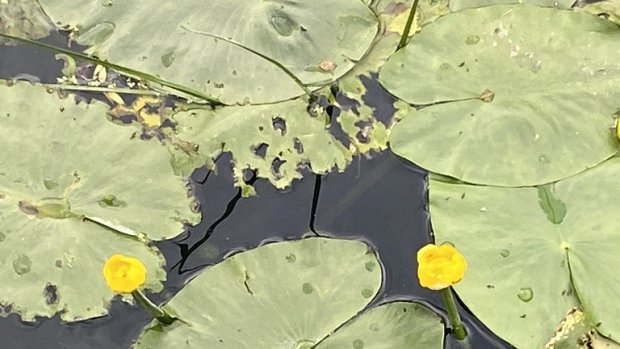 LGBTQ+ Composers Call - 'a remedy for the blues'

Listen to 'a remedy for the blues' by Sophie Marie Niang and Ruari Paterson-Achenbach, created as part of the LGBTQ+ Composers Open Call

In partnership with the LGBTQ+ Music Study Group, we are delighted to share 'a remedy for the blues', a new work by Sophie Marie Niang and Ruari Paterson-Achenbach.

'a remedy for the blues' starts with the recognition that the world is not enough; that we must imagine otherwise and elsewhere for our art and our queer kin. Exploring the process of collective making and being, the piece experiments with forms of sound and text that are generative without relying upon defined end goals, reinvigorating an articulation of queer love for the act of being with each other and making music together.

It was created earlier this year as part of a nationwide call for new sonic works celebrating queer histories, stories and sounds. Read more about the other works selected here.

a remedy for the blues.mp3

Hi Sophie and Ruari, can you start by telling me about yourselves and your respective practices? What are your individual inspirations and influences?

Ruari: I am an interdisciplinary artist and researcher. My work engages with experimental sound practice to think about memory, resistance and the radical potentials of social life. Improvisation and field recording are core parts of my practice, which is always grounded in ideas and inspirations from queer utopian theory, black feminist thought and abolitionist perspectives more broadly.

Sophie: I’m a black feminist writer and researcher whose work focuses on blackness in Europe, worldmaking and futurity. I’m currently pursuing a PhD in Sociology at the University of Cambridge. I’m also a writer, working on my first novel. I am very influenced by people who blur the boundaries between disciplines, and interested in the ways that creative work and research can feed each other. In that sense, my work, much like Ruari’s, stems from, is inspired by and indebted to queer theory, black feminist thought and radical utopian work.

Obviously this is a fairly new collaborative project, could you talk a little bit about how it came about? How important is collaboration to your creative practice? And what does working across disciplines enable you to do differently?

The project initially came from a phone conversation we had earlier this year whilst still in lockdown. We both felt the need for a space where we could create freely, away from conventional notions of what was good or rigorous or important. We just wanted a space to be playful and curious, to follow sensations and see where they took us. The project is also explicitly grounded in our shared interest in world making, and our belief that people are always finding ways to ameliorate their existence despite the world. We wanted to find our own space to do just that for our creative practice, which could hopefully one day allow others to do the same.

Collaboration is central to our project. I think we’re very invested in the moments of possibility that emerge in the spaces between people. Where you come up with ideas you never considered feasible before, or something just clicks and makes sense in an entirely new way. There’s something special about coming up with something that couldn’t have happened in isolation, made entirely through meeting each other. We’re always trying to question any form, genre or discipline that we’re working within. We’re both quite interdisciplinary in our own practices (and lives) and enjoy the blurring of boundaries that comes with that. If you’re not working within an explicit discipline, you’re not trying to emulate the conventions of that discipline, which in turn provides new opportunities for creativity. For this project that involved thinking very abstractly about the version of creativity we were trying to follow. Instead of achieving a certain sound or a certain structure, we tried to ask ourselves which ways of creating good, or easy, or pleasurable.

What strikes me most about ‘a remedy for the blues’ is how playful, spontaneous and unexpected the piece sounds. As a listener, we hear you consciously following sounds and capturing moments as they arise and there’s a real sense of us collectively going on this journey of deep and active listening with you both. Could you tell us a little more about your approach to making the piece? How concerned are you with the process and the experience of creating, rather than just the outcome?

Our overall approach to the piece was to create and gather as much material as possible which we then shaped and moulded into the little aural journey that you hear. The process of making the piece was full of curiosity and spontaneity. We would record ourselves chatting together, trying to use instruments we couldn’t play, teaching each other how to play or sing songs, taking a microphone around a room and seeing which sounds could be recorded, or doing the same with field recording whilst on walks together. We made little prompt cards which we sent to each other, and in turn used as inspiration for our improvisations. We shared songs we loved with each other, made food with each other. We started with no real intentions of what the end product would sound like, only different tools for creating and being together. Despite, or maybe in response to, how awful much of this year has been, we felt the need to manufacture a kind of joy in the way we knew best: hanging out with each other. When we’ve all been starved of genuine human connection for so long that’s the first place we looked to for inspiration.

When creating the material and curating it together, we wanted to capture the sensation of ‘feeling good’ and put it in a little bottle, which we can now share with the world. It doesn’t have to be huge, or important, or say anything that will change the world. But it’s a sonic archive of us finding a way to make the world better for ourselves for a moment, that we hope affects or touches others in some way. More than anything the outcome of the piece is an attempt to capture what it felt like to make it.

The project starts with the recognition that the world as it is, is not enough, what changes would you like to see for queer people creating art and ideas now?

Well pending the abolition of capitalism and the money system, or widespread structural reforms, we both thought that what is needed is more opportunities to create more freely, opportunities to make things that aren’t perfect. Very open-ended funding opportunities, calls that you can answer with ideas rather than a fully fleshed out plan. We’d like for things to matter less so that everyone involved could enjoy them more. To create art and nurture ideas, we at the very least need space, time and money (and of course having money is tied into giving us time/freeing up time, and accessing space), so we’d like to see a multiplication of programmes with long deadlines, which provide a space to create in, and where the funding is only loosely tied to an end product. Things that value the process of creation.

You were commissioned to make ‘a remedy for the blues’ as part of a specific call aimed at LGBTQ+ composers and creators. Beyond this work, how have your queer identities influenced your artistic and creative outputs?

We both understand queerness as an orientation to the world, in the way that Sara Ahmed writes about it in her book Queer Phenomenology (see quote below). In that sense, queerness influences our artistic practices because it shapes our interests, it influences the things that matter to us. Practically speaking, it might be the reason why improvisation, playfulness, trial-and-error, allowing space for failure are such crucial parts of what we make/do, together and apart. Queerness is also tied to a search for community, so sharing, collaborating, helping each other out are all intrinsic components of the way we live these parts of identities.

We also think of queerness as very political: while neither of us think that identities are inherently radical, queerness can be viewed as a modality through which to live and make sense of who we are and perhaps much more importantly what we do and how we relate to one another in this world. This hugely influences our understandings of art and culture, because it shapes the way we think about what art is for, what it can do and what it can mean.

One final thing (for now) is that queerness has an intimate relationship to our understanding of beauty, of what’s good or bad. There is a long tradition of creating alternative canons of beauty in queer communities, alternative models, and also of challenging and exploding these models, and therefore queerness as it relates to the way we create can also be seen as very liberating, as enabling us to think about new ways of making, of taking things apart and putting them together in new, pleasing and pleasurable ways.

Whats next for you/the iris collective?

Something that really struck us is how much of this project is concerned with pedagogy. We’re always trying to create new tools or methods for creating, or put ourselves in the best spaces to create. Maybe part of the future of this collective is finding ways to share these tools and methods with others, or making new tools together. We had always envisaged the project being something larger than just us, and hopefully we can take the collective into a more expansive space. We’d like to transform our ideas into something more physical, maybe creating a space for people to play in! If anyone is interested in the collective, or speaking to us about expanding it into new places, then please by all means reach out to us.

“If orientation is a matter of how we reside in space, then sexual orientation might also be a matter of residence of how we inhabit spaces as well as “who” or “what” we inhibit spades with" (Sara Ahmed, Queer Phenomonology, p1).

Find out more about the iris collective on Twitter.

LGBTQ+ Composers Call - 'a remedy for the blues'