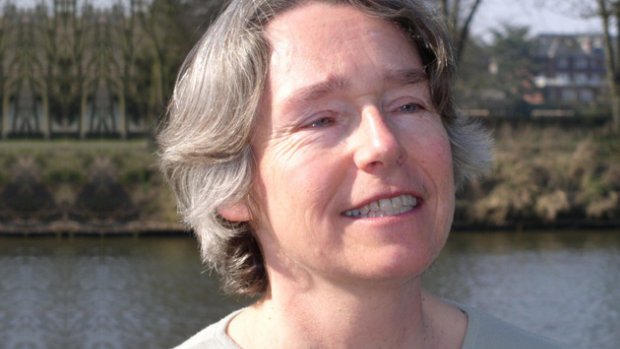 Spotlight: Nicola LeFanu, Composer, on Gilbert's ‘Towards Asāvari’
"The music reflects, spirals and dances, its imagery infused by the art and poetry of the traditions from which it springs"

Towards Asāvari is a concertante work for piano and chamber orchestra that Anthony Gilbert composed in 1978, for Peter Lawson and the Manchester Camerata. Implicit in the title is the work’s synthesis of two art-music traditions: Western European and North Indian. It is a lyrical and virtuosic work: not in the sense of pianistic display (though there is plenty of opportunity for the pianist to dazzle) but in its composerly technique. The luminous quality of the harmony, the intricate patterning of the mantra-like mobiles, Gilbert’s acute ear for timbre that seems to take me right inside each gesture, each texture – it’s a sound world unlike any other. I love this work, which is why I wanted to shine the spotlight on it.

Asāvari is the name of a morning raga, ‘tender and melancholy in mood’. As ‘Towards..’ implies, the music makes an evolving journey. It is cast in four movements, each with its own character and poetic subtitle. It’s a journey ‘around’; four ways of discovering Asāvari.

The music reflects, spirals and dances, its imagery infused by the art and poetry of the traditions from which it springs. Movement 1 grows from a finely etched opening: strings, pizz and arco, complement the solo piano, which is played on its strings as well as the keyboard; elusive melodies from the solo winds, delicate shading from tuned gongs, followed by a dancing cadence. The gestures of this opening movement transform across the piece. Movements 2 and 3 are eloquent, capricious, assertive, but always illuminated by the aura of Asāvari; it seems as if ‘ghosts’ of Hindustani music are hovering in the background, coming ever closer.

Movement 4 is the key to the whole. The piano moves up from its middle register to the stratosphere, in an unfurling sequence of tremoli and trills. Gradually the orchestra-scape around it begins to shimmer too; and then solo trumpet, muted, begins a haunting melody that descends to close the work. It is the melody of the Asāvari raga, finally sounding in the open after having been hidden deep inside the music from the start. It’s a magic moment – very moving.

I hope my writing about Towards Asāvari will inspire people to go and find it in The Collection, which has two recordings, the original broadcast and the NMC CD, as well as the score. The Collection has substantial holdings of Gilbert’s work; a great resource for musicians to find works for celebrating his 80th birthday next year (1934 was an auspicious birth-year for British music!).

Towards Asāvari was composed at the close of two decades that were very fertile for all of us working in new music. The number of performers committed to the new, and their huge extensions of instrumental and vocal technique, was marvellous; so was the ease of access to music from outside Europe or North America (musics not yet contaminated by ‘world music’ commercialism). Electro-acoustic and digital technology was developing by leaps and bounds. It was a heady time – there are no text-books that capture the excitement and physicality of the music, but there are many, many works in The Collection to bear witness to it.

She is active in many aspects of the musical profession, as composer, teacher, director etc. From 1994-2008 she was Professor of Music at the University of York. Recent premieres include works for chamber ensemble, including her third String Quartet and a quintet for bassoon and strings; for voice, for solo instrumentalists and for amateur choir. Her latest opera, Dream Hunter, to a libretto by John Fuller, was premiered in 2011.
She was born in England in 1947: her mother was the composer Elizabeth Maconchy. LeFanu studied at Oxford, RCM and Harvard. She is married to the Australian composer David Lumsdaine.