Spotlight: Kjartan Olafsson, Composer, on Tristram Cary
"The Collection holds a number of recordings from early pioneers of electronic music" 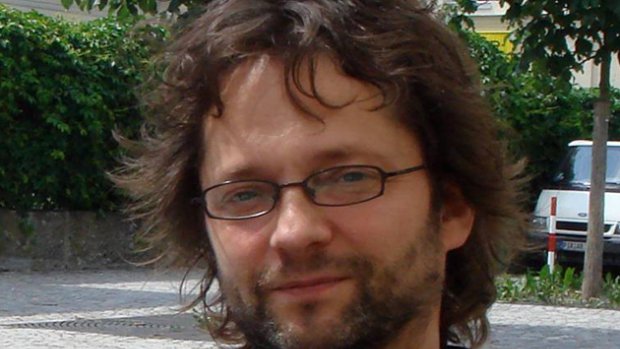 The Collection holds a number of recordings from early pioneers of electronic music, dating back to the early Sixties,  a revolutionary time in music creation. Musicians and composers were seeking new methods of musical expression while trying to find more personal pathways in their musical activity. Electronic music was a platform where composers from different genres could express themselves more freely than ever. Many new electronic instruments became available, such as the synthesizer, Theremin and  Mellotron and the MiniMoog, providing new methods of both creating and controlling electronic sound.

Many well-known composers and musicians around the world wrote some of their most symbolic works during this period. In 1960, the American composer and multi-artist John Cage composed his piece Cartridge Music, which is one of the earliest live-electronic works, and in 1964, the German composer Karlheinz Stockhausen composed Mikrophonie I for tam-tam, hand-held microphones, filters and potentiometers. In England in the year 1968, the pop legend John Lennon of the Beatles composed – together with his wife Yoko Ono - Revolution #9, using pre-recorded sounds for their nine-minutes-long piece.

Within the Collection are a number of works by Oxford-born composer Tristram Cary,  one of the pioneers of  Musique concrète in England, including Birth is Life is Power is Death is God is.... (1967), composed using only pre-recorded sound. Using simple studio methods and equipment to manipulate and work with sound material, he manages to deliver a highly qualified and well structured electronic composition that takes the listener on a truly abstract voyage. The charm of it is how he uses different sound sources and merges them into a convincing piece of music by using all available techniques of that time. It is as if he is telling a story. By avoiding the traditional forms of contemporary composition and using unexpected sounds in different layers he succeeds in breaking traditions by presenting a multi-layer musical work of high artistic quality, at the same time reflecting the sound and the aesthetics of the Sixties.

Kjartan Ólafsson (born 1958) is an Icelandic musicologist, composer and academic notable as creator of the composing software CALMUS, as well as an authority on artificial intelligence in classical music composition.

A native of Reykjavík, Kjartan Ólafsson spent from 1976 to 1989 studying music, composition and natural sciences at the Music College of Kópavogur, Hamrahliðar College, Reykjavík College of Music, Utrecht Conservatory and Sibelius Academy. In 1985, he received an award in the Icelandic Radio Competition for young composers and, in the near-quarter-century since, has been lecturing and holding seminars at such venues as the University of Iceland (1990), Reykjavík College of Music (1991–93), Sibelius Academy (1992), Finland's Avanti Summer Festival in Porvoo and Denmark's International Computer Music Conference in Aarhus (both 1994).

In 2000, in connection with Reykjavík's status as the millennial and century year's European Culture City, he served as director of Icelandic Music in 100 Years, which became the largest festival of the country's music held up to that moment. In 2002, he traveled to the United States to lecture at New York University regarding use of CALMUS for algorithmic composing, a subject he updated with lectures at the 2008 Salzburg Mozarteum. Having taught music in the early 1990s at the Reykjavik College of Music, Kjartan has held, since 2005, the position of Professor of Composition and Theory at Iceland Academy of the Arts.